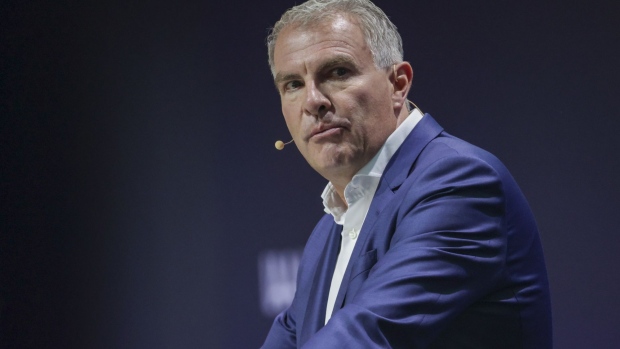 (Bloomberg) -- Before Covid-19, there was the $1 billion connection.

That’s the revenue that British Airways generated each year linking its London Heathrow hub and New York John F. Kennedy International Airport, where a healthy mix of tourist and business customers made it the most lucrative route on the planet. More than 18 months after aviation was plunged into crisis, the corridor is finally reopening to Europeans, marking a major step in the return of long-haul travel.

British Airways is commemorating the milestone with a one-off revival of the BA001 flight moniker that once reserved for supersonic Concorde trips, arguably the classiest way to fly across the Atlantic. The likes of Deutsche Lufthansa AG and United Airlines Holdings Inc. also stand to benefit from a more robust trade between London, Paris and Frankfurt at one end and New York, Chicago and Los Angeles at the other.

Yet the market that reopens on Monday will be very different to the one that prevailed prior to the pandemic. Demand will be lower, with flights effectively limited to the fully vaccinated. The corporate road warriors who were once the North Atlantic’s lifeblood are still largely grounded as firms avoid unnecessary travel, putting the onus on attracting leisure passengers. And when business demand does pick up, it could be restricted by a preference for the money-saving video calls that redefined how remote colleagues interact.

The U.S. is letting in Europeans just as virus infections surge again across the continent. On Friday, German cases rose by a record for a second day as a fourth wave of the pandemic hits the region.

And British Airways will face tough competition, as Heathrow-based Virgin Atlantic Airways Ltd. and continental rivals Air France-KLM and Lufthansa also pour capacity into the diminished market. From the U.S., United is plotting an expansion across Europe, with new routes from spring including Bergen, Norway, and Mallorca in Spain.

“There’s definitely going to be pressure on ticket prices as airlines go after the same travelers,” said John Strickland at JLS Consulting in London. “We’ve seen a surge in demand from people looking to visit friends and family, but although demand for premium leisure is encouraging, it will not likely be enough to offset the lack of business travel.”

BA, owned by IAG SA, will scale up to six daily trips to JFK and two additional services to Newark Liberty International Airport by late winter.

That’s still below the 12 a day seasonal maximum offered to the New York area pre-pandemic, when North American services accounted for 15% of BA’s overall capacity, according to aviation consultancy Cirium.

Flights were previously operated largely by Boeing Co. 747 jumbos, but with the aging four-engine model retired from the BA fleet during the pandemic, the carrier’s more efficient 777 twinjets will take on a bigger role, with all of the planes to be used on New York flights featuring a revamped business cabin.

IAG Chief Executive Officer Luis Gallego said in a briefing Friday that North American bookings are almost back to 2019 levels, though the upswing won’t stave off an estimated 3 billion-euro ($3.5 billion) full-year loss.

“There is a significant recovery underway,” Gallego said. “Our teams are working very hard to capture every opportunity.”

Ranged against British Airways at Heathrow will be Virgin Atlantic, which has has gone toe-to-toe with the bigger carrier for close to 40 years at what’s usually Europe’s busiest hub. Virgin, reliant on the U.S. for 70% of capacity pre-pandemic, will operate three flights a day, mainly using Airbus SE A350 planes after also retiring its jumbos. The first Monday departure is at the same time as BA001, from a parallel runway.

Virgin CEO Shai Weiss said that while competition will be tough, there’s been a “seismic shift” in the U.K.-U.S. market, with capacity set to remain down by a double digit margin even with the border reopening.

About half of that reduction has come from the scaling down in plane sizes, he said, and half from the collapse of operators including Thomas Cook Group Plc and the long-haul arm of Norwegian Air Shuttle ASA. Filling part of the gap is JetBlue Airways Corp., with narrow-body London flights from New York and Boston, though it will account for less than 1% of capacity, according to Weiss.

For the North Atlantic market as a whole, capacity will be back to two-thirds of pre-Covid levels, according to Cirium.

People making family visits or taking a long-haul vacation differ from corporate clients in their concern about the ease of travel and even preferred takeoff times, said Tiffany Funk, who manages travel blog One Mile at a Time.

“The vice-president of sales will happily eat in the lounge, catch a red-eye and then attend an 8 a.m. meeting,” she said. “Leisure travelers want to know they’ll be able to fly and not get stuck because of the endless paperwork currently needed, and then sit back, enjoy the food and watch a movie.”

Competition on the North Atlantic revolves around three joint ventures, each with antitrust immunity allowing their U.S. and European members to operate almost as one airline, coordinating timetables and sharing costs and revenue.

The most profitable of the tie-ups has historically been BA’s pact with American Airlines Group Inc., a carrier that’s used the pandemic to swap out aging Boeing 767s and Airbus A330s in favor of newer 777s and 787s.

Demand at American has surged beyond pre-Covid levels, according to Chief Revenue Officer Vasu Raja, who said on Oct. 21 that transatlantic bookings were stepping up with every passing week. He predicted that corporate travel will start to recover from the first quarter of next year.

Virgin Atlantic is partnered with Delta Air Lines Inc., its 49% shareholder, which said Friday that many international flights are expected to operate with every seat full on Monday. Delta will add flights this winter targeting London, Amsterdam, Munich, Dublin and Frankfurt.

The alliance also includes Air France-KLM, whose Paris and Amsterdam hubs vie with Heathrow for transfer passengers. Ben Smith, its CEO, said Oct. 29 that the “quite amazing” exit of bigger jets at European rivals including BA and Lufthansa has taken capacity out of the system, aiding the entire industry’s recovery.

Lufthansa, which is allied with United, will offer about 200 weekly flights to 17 U.S. destinations through November, with U.S. bookings up 50% since the Biden administration announced the reopening and quadrupling on some routes including New York.

“It’s great to see it happening,” IATA Director General Willie Walsh said of the U.S. reopening. “It’s very important both for the industry and the message it sends. The fact that the U.S. was closed to Europe gave a lot of other countries comfort that they could keep their borders closed.”