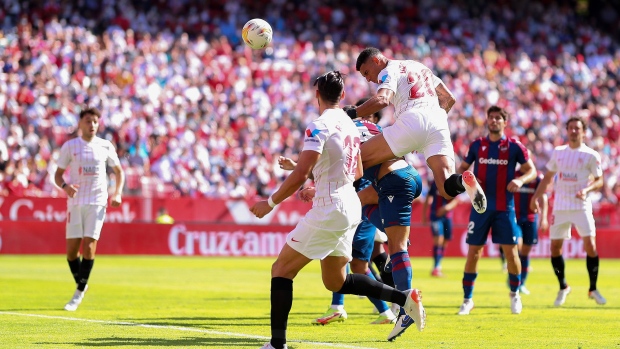 (Bloomberg) -- Shareholders of Sevilla Futbol Club blocked plans by U.S.-based fund 777 Partners to oust its board as a tussle for control of one of Spain’s top soccer teams intensified.

777 Partners had sought to remove Chairman Jose Castro and all board members but failed to line up the support needed at a public meeting of shareholders last night when a key ally said he wasn’t able to vote.

At stake is the fund’s plan to pump 200 million euros ($232 million) into building a new stadium for Sevilla as it seeks to tie the Andalusian club more closely into a network of sporting investments that also includes Italy’s Genoa CFC. 777 Partners has said its goal is to triple Sevilla’s marketing and merchandising revenues in five years.

But the Miami-based fund has run up against resistance from Castro, who initially supported it when it began to buy shares in the club in 2018.

He’s now campaigning against wider involvement by 777 Partners, saying it has no emotional ties to Sevilla. The club is a six-time winner of the UEFA Europa League and currently third-placed in Spain’s top league.

The fund had teamed up with Jose Maria del Nido, a former chairman of the club and the largest individual investor.

On Tuesday, he said during the shareholder meeting that he hadn’t been allowed to vote. After a previous dispute over voting rights, he had won a ruling from an appeals court, which his lawyer said should have allowed him to do so.

Castro, the chairman, said during the meeting that all eligible shareholders had been allowed to take part in the process. Del Nido’s shares were excluded from the vote on ousting all members of the board due to limitations in the rules that don’t allow him to decide on that, a spokesperson for the club said.

Andres Blazquez, an operating partner at 777 Partners, said by phone the fund was surprised at the decision not to let Del Nido vote, saying that it appeared to go against the court’s decision.

Sevilla reported losses of 41 million euros in the year ending in June and has a limit set by LaLiga for spending on its squad of 200 million euros, the highest of any Spanish team except Real Madrid.