2022 will be a good year for cyclical and value stocks: Agilith Capital’s Patrick Horan

U.S. equities rose Wednesday with the S&P 500 securing its biggest three-day rally of the year.

The benchmark index gained 0.3 per cent and the Nasdaq 100 added 0.4 per cent as fears over the omicron virus variant eased after Pfizer Inc. and BioNTech SE said early lab studies showed a third dose of their COVID-19 vaccine neutralizes the variant.

“Risk assets are recovering this week after a bout of turbulence sparked by the emergence of the new virus variant,” said Art Hogan, chief markets strategist at National Securities. “Early studies showed vaccines provide a partial shield against the new variant. So far, omicron cases haven’t overwhelmed hospitals and vaccine developments are encouraging.” 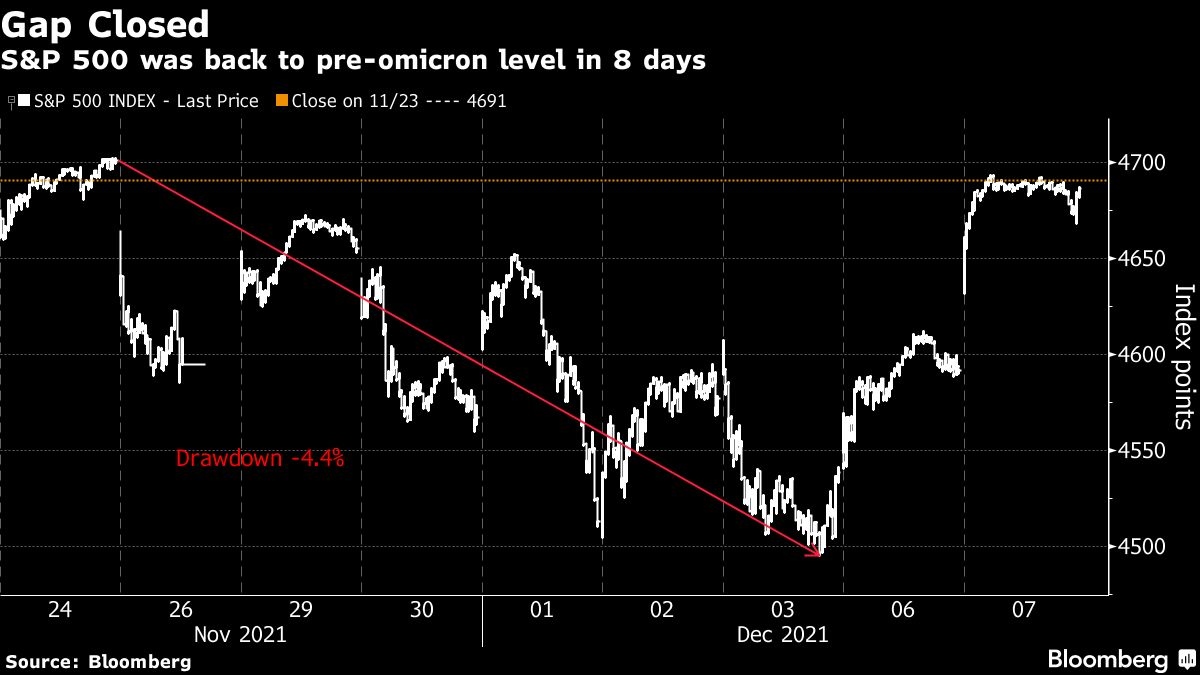 Wall Street analysts expect the market to remain volatile until there is more clarity on the omicron variant’s threat to the economy, which if low, should allow the market’s focus to return to the Federal Reserve.

“If omicron concerns continue to fade, attention will shift back to the Fed and the outlook for growth,” Dennis DeBusschere of 22V Research wrote in a note to clients.

“We’re really in a new regime here,” Alicia Levine, head of equities and capital markets advisory at BNY Mellon Wealth Management, said of the Fed’s hawkish tilt on Bloomberg TV. “And with that comes implications for asset classes.”

Treasury yields advanced, with the 10 year rising to 1.52 per cent. The dollar dipped and crude oil gained. Meanwhile, in Europe, stocks fell 0.6 per cent with market sentiment hurt by reports that the U.K. is close to announcing new curbs, including vaccine passports for large venues and an order to work from home.

“All of this whipsawing around, I don’t think you have an easy time pointing to one particular news item each day over the last several days that’s caused it,” said Tim Courtney, chief investment officer at Exencial Wealth Advisors. “We’ve gone 20 months and still have not had a correction, and I think that is fueling some volatility.”