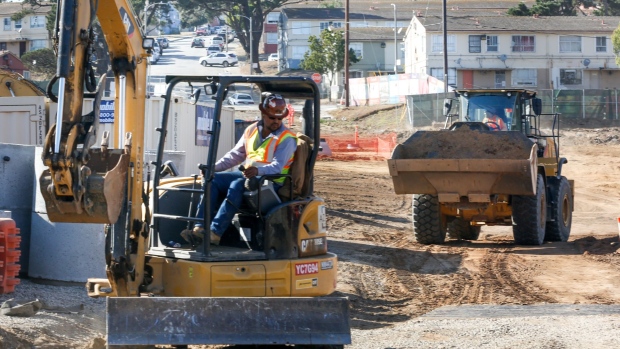 U.S. home construction starts rose less than forecast in May, indicating builders were slow to resume work and contrasting more recent data that point to a pickup in housing demand.

Residential starts rose 4.3 per cent to an 974,000 annualized rate from a month earlier, the second-lowest level since 2015, according to a government report released Wednesday. That compared with the median forecast in a Bloomberg survey of 1.1 million and followed an upwardly revised 934,000 in April.

At the same time, applications to build, a proxy for future construction, climbed 14.4 per cent to a 1.22 million rate. An S&P index of homebuilder stocks climbed 1.1 per cent in earlier trade Wednesday.

“We aren’t much bothered about the undershoot in starts; the outlook is very positive, given the astonishing surge in mortgage demand,” Ian Shepherdson, chief economist at Pantheon Macroeconomics, said in a note.

Other figures show the housing market is picking up steam. A weekly measure of mortgage applications for home purchases has increased for nine straight weeks and stands at an 11-year high. A report Tuesday showed a gauge of builder sentiment rose by a record 21 points in June.

The government’s report Wednesday showed a pickup in the number of residential projects authorized but not yet started, indicating ground breaking may firm up in coming months. The number of single-family homes authorized and awaiting construction rose to an annualized 98,000 in May, the highest since December 2018.

Number of one-family homes awaiting ground-breaking increased in May
Single-family starts were little changed from April. Multifamily starts, a category that tends to be volatile and includes apartment buildings and condominiums, jumped 15 per cent, the first gain in four months.

Total starts were down 23.2 per cent from May 2019. Starts dropped from a month earlier in two of four regions, including a 16 per cent decline in the South to the lowest level since November 2014. New construction also fell 1.5 per cent in the Midwest.