The consumer price index jumped 7.9 per cent from a year earlier following a 7.5 per cent annual gain in January, Labor Department data showed Thursday. The widely followed inflation gauge rose 0.8 per cent in February from a month earlier, reflecting higher gasoline, food and shelter costs. Both readings matched the median projections of economists in a Bloomberg survey. 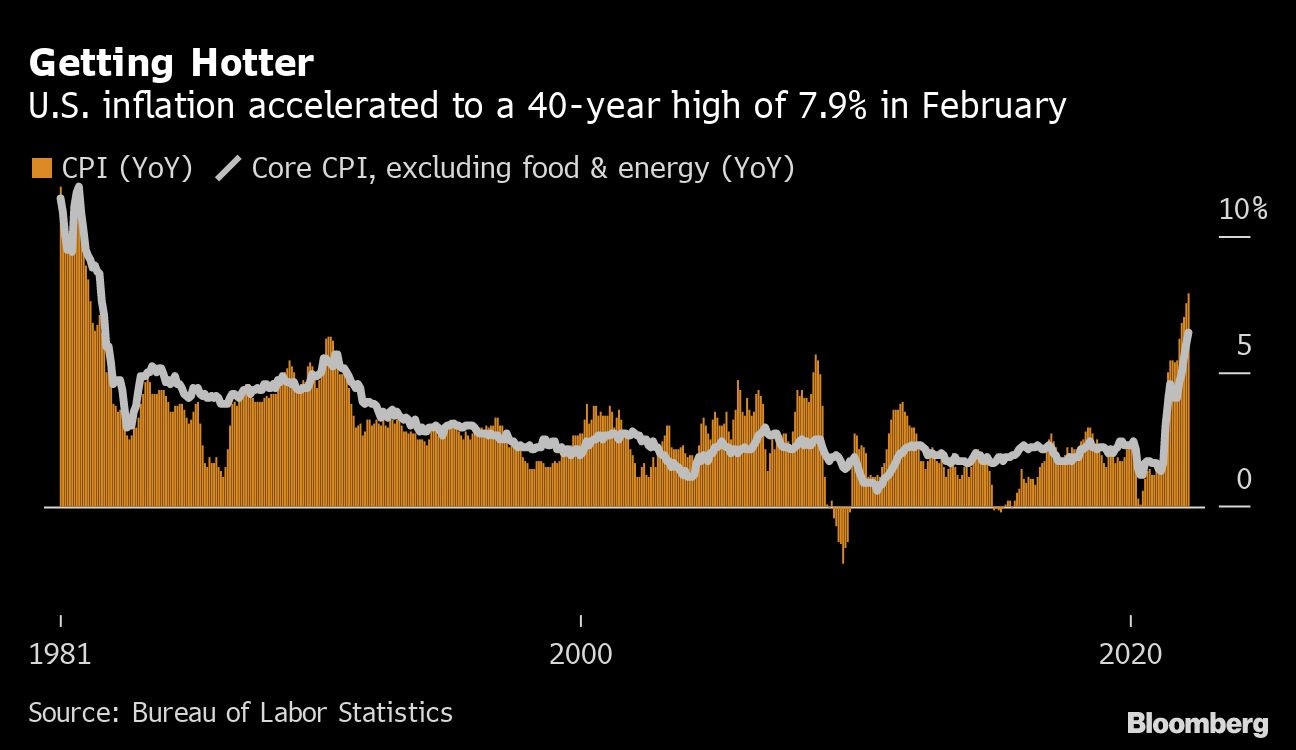 The data illustrate the extent to which inflation was tightening its grip on the economy before Russia’s war brought about a spike in commodities, including the highest retail gasoline price on record. Most economists had expected February would be the peak for annual inflation, but the conflict likely means even higher inflation prints in the coming months.

“Inflation is not likely to roll over and begin to come down for several more months,” Michael Gapen, chief U.S. economist at Barclays Plc said on Bloomberg Television. “This sets the stage for where we are now. And we need to see how long this conflict plays out and how disruptive the sanctions regime actually is.”

To combat building price pressures, the Federal Reserve is set to raise interest rates next week for the first time since 2018. At the same time,the geopolitical situation adds uncertainty to the central bank’s rate hiking cycle over the coming year.

Fed officials could take a more hawkish stance if energy price shocks lead to higher and more persistent inflation, but they also may take a more cautious approach if sinking consumer sentiment and declining real wages begin to weigh on growth as the war drags on.

The February report showed that gasoline prices rose 6.6 per cent from the prior month and accounted for almost a third of the monthly increase in the CPI. Some of that may reflect energy price spikes resulting from the first days of Russia’s invasion during the last week of the month. The impact will be more fully captured in the March CPI report.

So far this month, the retail price of a regular-grade gasoline has increased 19.3 per cent to US$4.32 a gallon, according to American Automobile Association data.

Food prices climbed 1 per cent from the prior month, the largest advance since April 2020, the CPI report showed. Compared with February last year, the 7.9 per cent jump was the biggest since 1981. 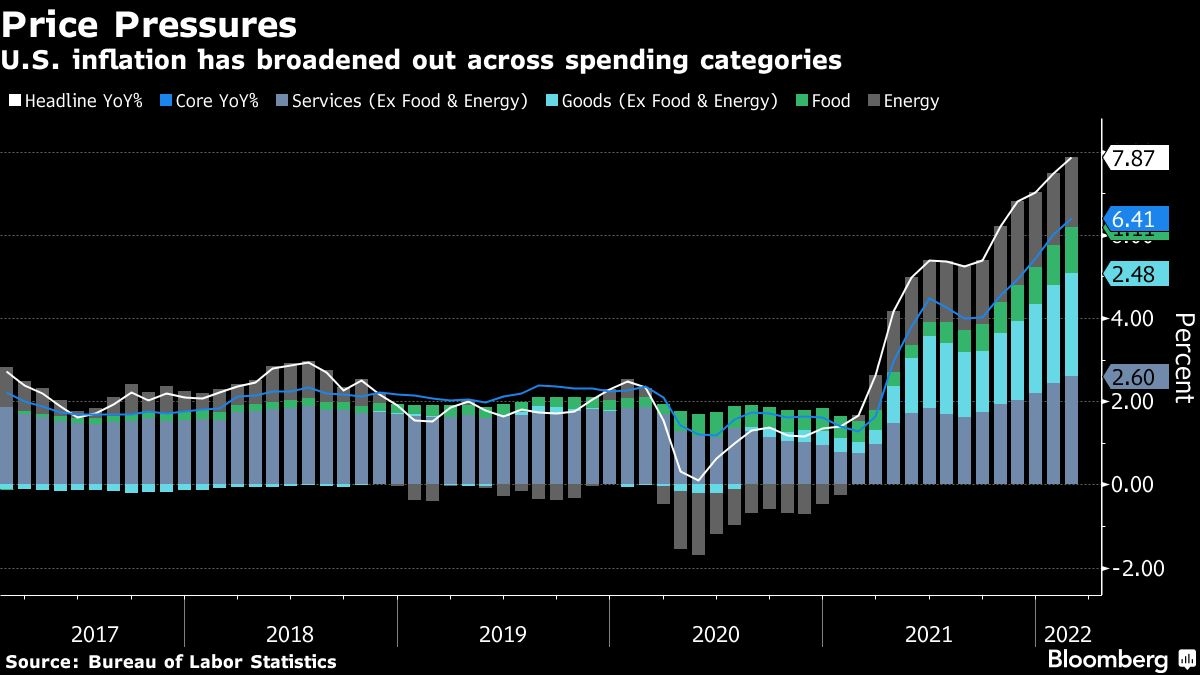 While the war’s full impact on the U.S. economy remains unclear, soaring costs of oil, grains and metals are likely to feed through to other commodities and ultimately consumer prices. The Biden administration on Tuesday banned Russian oil imports into the U.S., a move that will add to energy price pressures.

Wage increases as a result of a tight labor market haven’t been keeping up with inflation. Inflation-adjusted average hourly earnings dropped 2.6 per cent in February from a year earlier, the largest drop since May and the 11th straight decrease, separate data showed Thursday.

The report showed that prices for merchandise continued their climb in February, while annual growth in services costs accelerated. On a year-over-year basis, goods inflation rose by 13 per cent, the most since 1980. That included the largest-ever annual increase in prices of new cars and trucks.

Services costs increased 4.8 per cent from a year ago, the biggest advance since 1991.

Shelter costs -- which are considered to be a more structural component of the CPI and make up about a third of the overall index -- rose 0.5 per cent from the prior month, the most since November. Rent of primary residence increased 0.6 per cent on a monthly basis, the largest advance since 1987.

Motor-vehicle repair costs shot up by a record 4.3 per cent from January, and an index of personal care jumped an unprecedented 1.2 per cent.

The prices of hotel stays and airfares rebounded in February following the omicron-related pullback in economic activity in December and January.