Inflation is not a recession, odds of a recession this year 'not particularly high': Harvard professor

US inflation accelerated to a fresh 40-year high in May, a sign that price pressures are becoming entrenched in the economy. That will likely push the Federal Reserve to extend an aggressive series of interest-rate hikes and adds to political problems for the White House and Democrats.

The consumer price index increased 8.6 per cent from a year earlier in a broad-based advance, Labor Department data showed Friday. The widely followed inflation gauge rose 1 per cent from a month earlier, topping all estimates. Shelter, food and gas were the largest contributors.

The so-called core CPI, which strips out the more volatile food and energy components, rose 0.6 per cent from the prior month and 6 per cent from a year ago, also above forecasts. 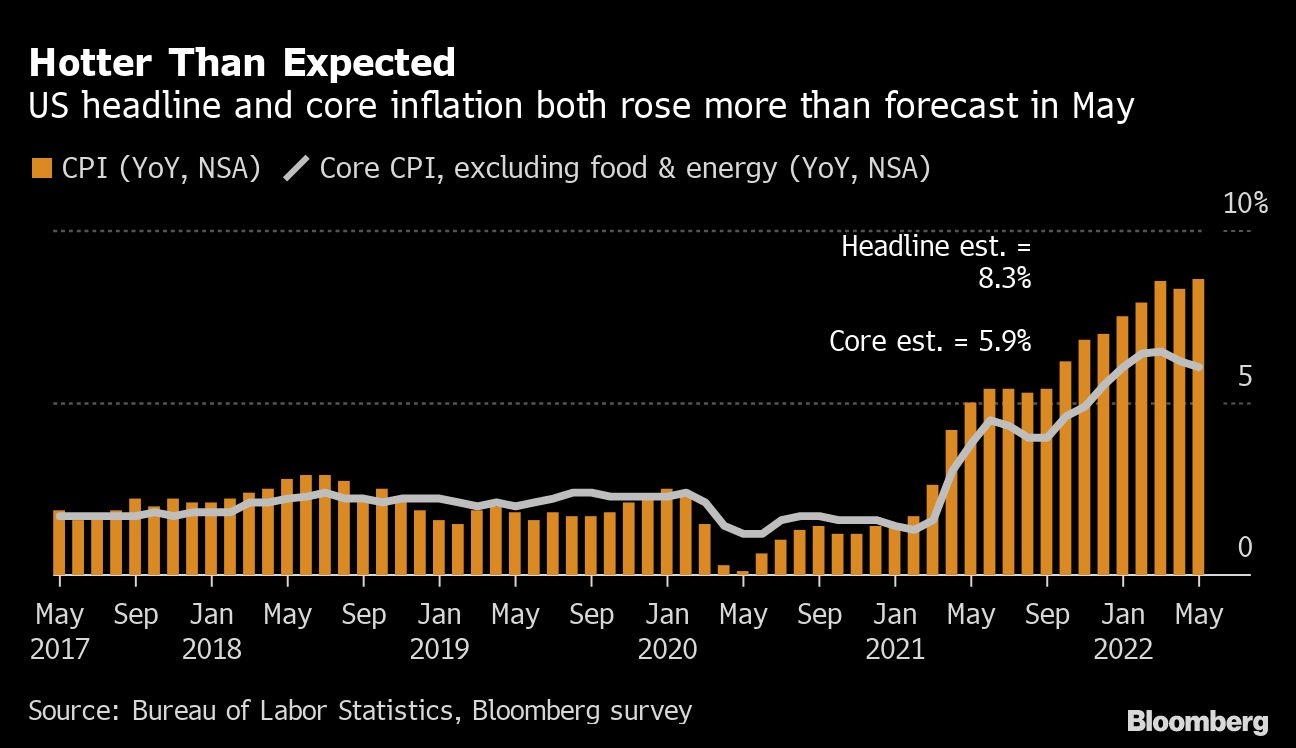 The figures dash any hope that inflation had already peaked and was starting to ebb. Record gasoline prices, paired with unrelenting food and shelter costs, are adding strain to Americans’ cost of living, suggesting the Fed will have to pump the brakes on the economy even harder. That raises the risk of a recession, which some economists already saw as likely next year.

“There’s little respite from four-decade high inflation until energy and food costs simmer down and excess demand pressures abate in response to tighter monetary policy,” Sal Guatieri, senior economist at BMO Capital Markets, said in a note. “The Fed might still raise policy rates ‘just’ 50 bps next week, but it could easily ratchet up the pace beyond then if inflation keeps surprising to the high side.”

In May, prices for necessities continued to rise at double-digit paces. Energy prices climbed 34.6 per cent from a year earlier, the most since 2005, including a nearly 49 per cent jump in gasoline costs. Gas prices so far in June have climbed to new highs, signaling more upward pressure in coming CPI reports and therefore keeping the Fed in the hot seat.

“With the next CPI report likely tracking at about the same monthly pace, the chance for a new peak in year-over-year inflation is high. That will likely keep the Fed on a trajectory of 50-basis-point hikes beyond July, even though the economy is cooling.”

There are growing risks that price pressures in those categories will continue to build. Russia’s ongoing war in Ukraine, as well as stepped-up related sanctions; potential port disruption due to the upcoming West Coast dockworker contract expiration; COVID-related lockdowns in China and drought and could all contribute to higher prices for food and energy.

“Tighter monetary policy will not help much with surging global commodity prices or structural changes in the way people spend and live in the post-pandemic economy,” Wells Fargo & Co. economists Sarah House and Michael Pugliese said in a note.

That likely spells further trouble for President Joe Biden, whose approval ratings have sunk to new lows ahead of midterm elections later this year. While the job market remains a bright spot, decades-high inflation is crippling confidence among the American people and largely outpacing wage gains.

Inflation-adjusted average hourly earnings fell 3 per cent in May from a year earlier, the biggest drop since April 2021 and the 14th straight decline, separate data showed Friday. That’s killing consumer sentiment, which plunged in early June to the lowest on record, and inflation expectations moved higher, according to data from the University of Michigan released after the CPI. 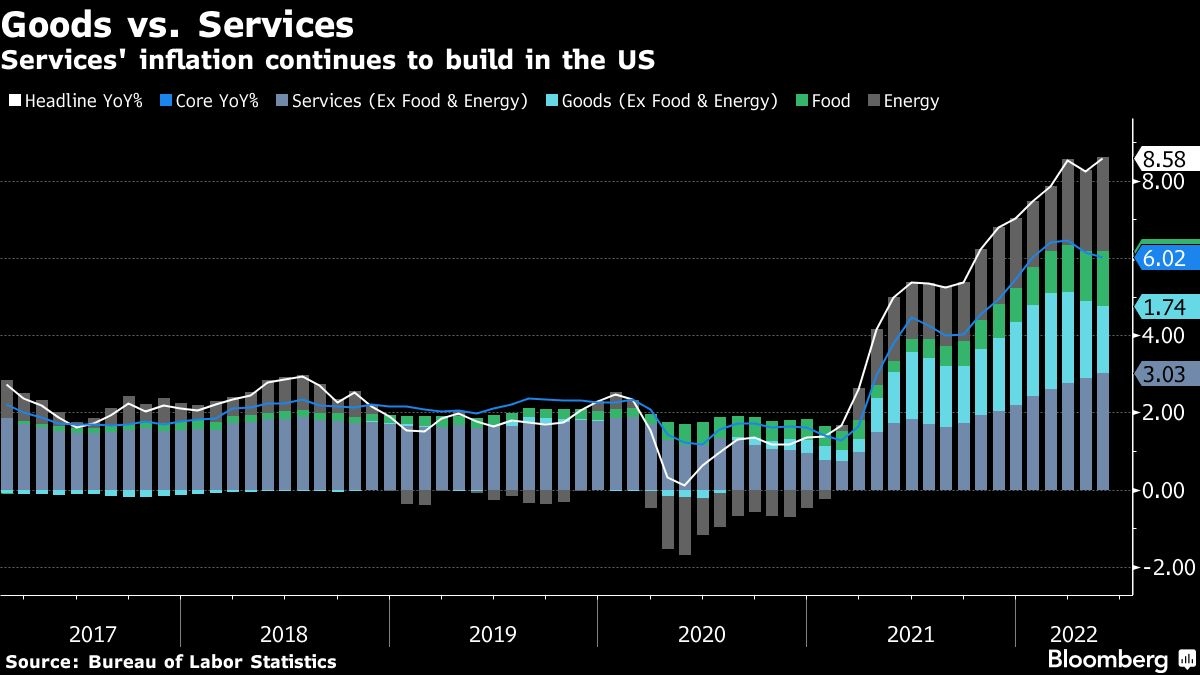 Furniture, including bedding, was one of the few categories to post a monthly decline. Prices for goods such as apparel, meanwhile, continued to climb, contributing to the stronger-than-forecast core figures.

Before the report, economists had already revised up their estimates for year-over-year inflation through the third quarter of 2023, according to the latest Bloomberg survey.

Airfares rose 12.6 per cent in May, a slight moderation from the prior month but still up the most on an annual basis since 1980. Prices for hotel stays, meanwhile, were up 22.2 per cent year-over-year. Rising demand for travel and entertainment this summer, particularly among wealthier households who have the savings to support discretionary spending, as well as tight labor market conditions will likely maintain upward pressure on services inflation in the coming months.

So far, consumer spending has held firm in the face of inflation, supported by savings and credit cards. Some economists fear that the Fed will go too far in tightening policy, risking weaker spending.

Shelter costs -- which are the biggest services’ component and make up about a third of the overall CPI index -- rose 0.6 per cent from April, the most since 2004, and 5.5 per cent from last year, the most since 1991. Economists don’t expect housing inflation to peak until later this year, suggesting further increases in these categories.

Used car prices, which had been cooling in recent months, advanced 1.8 per cent in May, the most this year. New-vehicle prices climbed 1 per cent.