Powell's Speech Made Me Even More Frightened: Sri Kumar

Initial unemployment claims in regular state programs fell 14,000 to 340,000 in the week ended Aug. 28, Labor Department data showed Thursday. The median estimate in a Bloomberg survey of economists called for a slight decrease to 345,000 new applications. 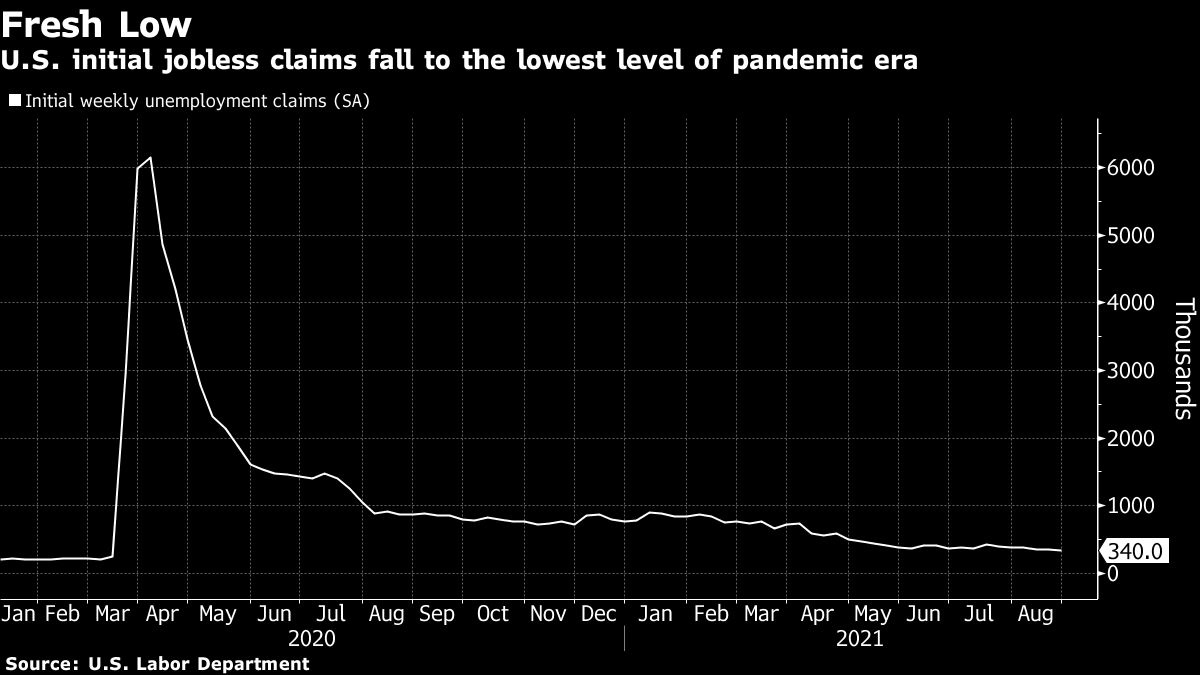 Continuing claims for state benefits fell to 2.7 million in the week ended Aug. 21.

The S&P 500 traded higher after the data was released, while Treasuries were little changed.

Initial claims have been drifting lower for months, thanks to the broader reopening of the economy and elevated demand for workers. Even so, claims remain elevated compared to pre-pandemic levels, and the fast-spreading delta variant has injected uncertainty into the economic outlook, posing a risk of future layoffs.

The recent surge in infections has already begun to impact consumer behavior. High-frequency data point to softening demand for services such as air travel, restaurant dining and hotel occupancy. Looking ahead, the fall season may bring labor disruptions as children across the country return to in-person schooling, especially in places with lower vaccination rates.

The claims data come just before the monthly jobs report out Friday, which is forecast to show 725,000 jobs were added in August.

Roughly half of states ended federal pandemic unemployment programs -- including an extra US$300 weekly payment -- before their official Sept. 6 expiration date in hopes of spurring job creation. The White House has said it will not extend jobless aid further, but states can use pandemic relief funds to provide additional assistance to unemployed workers.