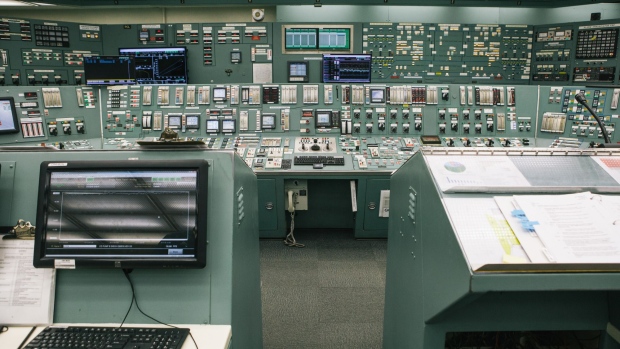 (Bloomberg) -- The Energy Department is expected to provide details as soon as Monday on a $6 billion program aimed at keeping uneconomical nuclear plants in service, providing a lifeline to an industry that’s seen a raft of early reactor retirements driven by competition from cheaper power sources.

The program, funded through the $550 billion infrastructure bill signed into law last year, will let owners and operators of commercial nuclear reactors apply for credits for plants that are likely to shut down for economic reasons if the closures would lead to higher emissions. The agency is set to issue a guidance document this week detailing the application process.

Reactors supply more emission-free power than all of the nation’s renewable sources combined, but the Energy Department has warned that as many as half of them could be at risk of shutting down due to economic factors. The Biden administration has said maintaining the nuclear fleet is needed to help meet its ambitious climate goals, including a carbon-free electric grid by 2035 and achieving a net-zero emission economy by 2050.

The program, known officially as the Civil Nuclear Credit Program, could provide a boost to operators including Public Service Enterprise Group Inc., Constellation Energy Corp. and Energy Harbor Corp. U.S. reactors have struggled to survive in the face of competition from cheap natural gas and renewable power. A dozen have already retired early for economic reasons, including the Indian Point facility near New York City that went dark last year, driving up emissions as utilities immediately started using more gas.

The Energy Department, which will administer the program, plans this week to issue guidance about how to apply for the program and will open a process for certification. The agency expects to issue preliminary credit award decisions following an application period of about 30 days, and “the first award cycle will prioritize and be limited to reactors that are approaching near term closure.”

The U.S. nuclear fleet of 93 reactors provides about a fifth of the nation’s electricity.