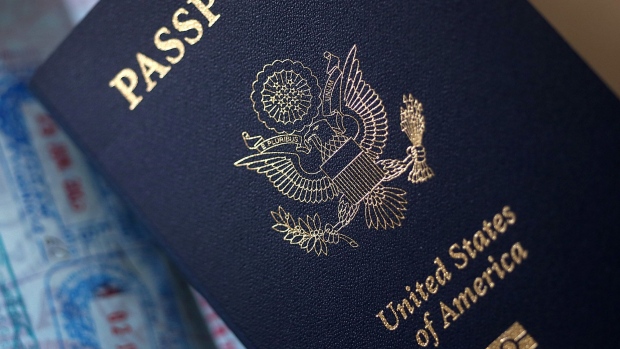 (Bloomberg) -- The U.S. has issued its first passport with an “X” gender marker, the State Department said, underscoring the government's progress toward recognizing the rights of people who don’t identify as either male or female.

The “X” can be selected by people who identify as non-binary, intersex, and gender non-conforming when applying for a U.S. passport or a Consular Report of Birth. The U.S. hopes to more broadly offer the identification option next year, according to a State Department statement today.

Secretary of State Anthony Blinken announced in June the U.S. would no longer require Americans applying for passports or consular reports of birth abroad to undergo a medical certification if their self-selected gender doesn’t match the gender listed on other citizenship or identity documents.

Today’s announcement came as the leadership of the intelligence community, including Director of National Intelligence Avril Haines, testified on Capitol Hill about diversity efforts within their agencies. They generated some pushback from Republicans who say those programs are a distraction from the agencies’ core efforts.

Representative Devin Nunes, the top Republican on the House Intelligence Committee said American adversaries “have no interest in global warming or race and gender intersectionality. I hope your priorities will match the urgency of this fraught moment in American history.”