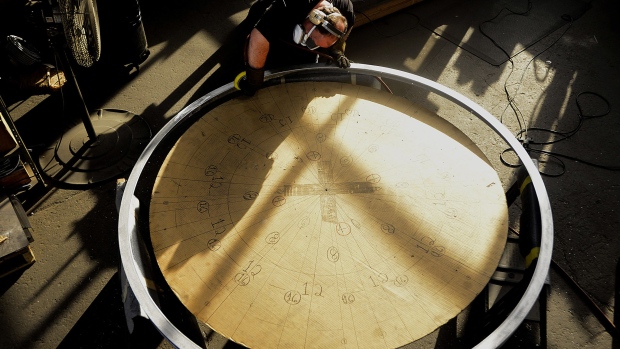 U.S. hiring boomed in February while wage growth slowed, showing a robust labor market that likely keeps the Federal Reserve on track to raise interest rates this month and offering some respite from strong inflationary pressures.

Nonfarm payrolls increased 678,000 last month -- the most since July -- after upward revisions in the prior two months, a Labor Department report showed Friday. The advance was broad-based across sectors. The unemployment rate edged down to 3.8 per cent, and average hourly earnings were little changed from the prior month. 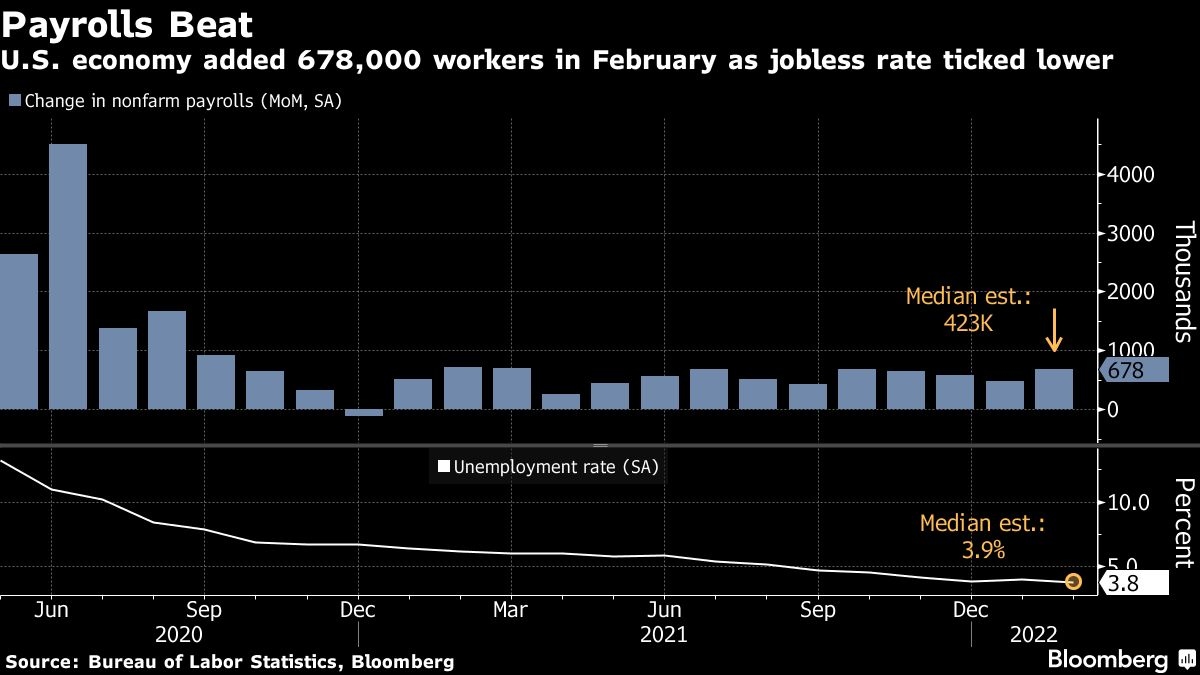 The median estimate in a Bloomberg survey of economists called for a 423,000 advance in payrolls and for the unemployment rate to fall to 3.9 per cent.

While a Fed rate hike later this month was a foregone conclusion before the payrolls data, the report reinforced recent central bankers’ assessment that the labor market is extremely strong. Employers have added at least 400,000 jobs each month since May against the backdrop of a rapid bounceback of the economy.

“If the recovery can keep up its current tempo, several key indicators of labor market health will hit pre-pandemic levels this summer,” Nick Bunker, economic research director at Indeed Inc., said in a note.

Friday’s report showed average hourly earnings were little changed in February and up 5.1 per cent from a year ago, a deceleration from the prior month, while hours worked picked up slightly. The disappointing wage data are even worse after accounting for faster inflation. With price increases outpacing growth in compensation, that effectively means many workers are taking a pay cut. 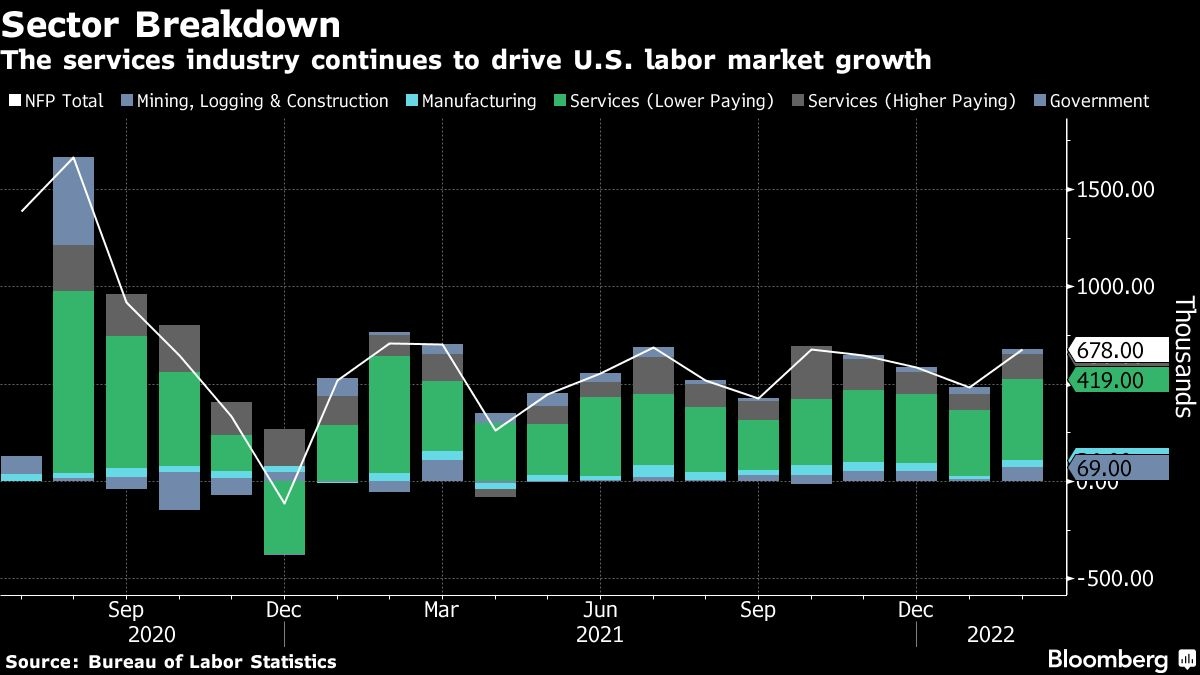 “Such a low print does serve as a reminder that wages won’t necessarily continue to rise at a very rapid pace if labor supply continues to increase,” Ian Shepherdson, chief economist at Pantheon Macroeconomics, said in a note.

Traders focused on the flat average hourly earnings figure, sending the yield on the 10-year Treasury note down. The S&P 500 opened lower as war jitters overshadowed the jobs figures.

Even though wage growth lagged expectations, strong hiring and the lower unemployment rate support the Fed’s plan to raise rates this month. Chair Jerome Powell reaffirmed that plan this week after Russia’s invasion of Ukraine, which has led to a surge in oil, metals and grain prices and clouded the U.S. economic outlook. He said he favors a 25 basis-point increase to kick off an expected series of hikes this year.

The labor force participation rate -- the share of the population that is working or looking for work -- ticked up to 62.3 per cent, and the rate for workers ages 25-54 rose to the highest since March 2020. While improved, a combination of factors like child care challenges, COVID-19 concerns and early retirements have whittled down America’s workforce. Before the pandemic, the overall rate was over a percentage point higher.

In testimony to lawmakers Wednesday, Powell noted the decline in labor force participation is “certainly something that’s now contributing to wage inflation and actual inflation and to the labor shortage that we’re currently seeing.” He also said the U.S. is “at least” at maximum employment, defined as the highest level that’s consistent with price stability.

“This easing of labor shortages appears to be starting to slow the pressure on wages, which could provide a glimmer of support to the optimists on the FOMC that inflation might come down later this year.”

Some of the sectors hit hardest by the pandemic saw strong job gains in February, including restaurants and health care. Professional and business services also advanced, while construction payrolls gained by the most since March.

The unemployment rate declined broadly among all racial and ethnic groups. The jobless rate among Asian and Hispanic workers dropped 0.5 percentage point, while that of Black Americans fell 0.3 point. However, the rate among women was unchanged, while their participation rate fell for the first time since September.

President Joe Biden noted the strength of recent job and wage gains in his State of the Union address earlier this week but emphasized how inflation is “robbing” Americans of feeling much of those gains. The February consumer price index, a key gauge of U.S. inflation, is expected to show on Thursday that year-over-year inflation accelerated to nearly 8 per cent.