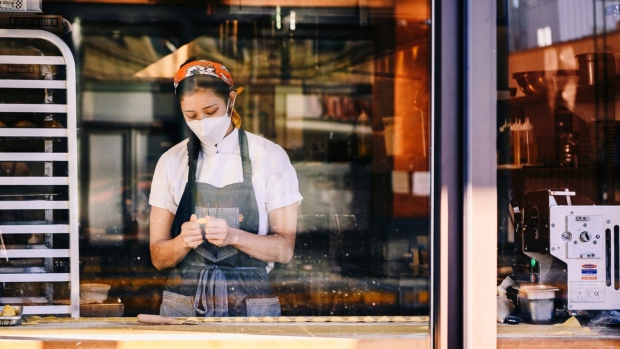 A worker preps food at a restaurant in downtown Memphis, Tennessee. , Nina Westervelt/Bloomberg

The number of available positions eased to 6.53 million from a revised 6.63 million in October, according to the Labor Department’s Job Openings and Labor Turnover Survey, or JOLTS, released Tuesday. The median projection in a Bloomberg survey of economists was for 6.45 million vacancies. The figure doesn’t include openings involving workers recalled from layoffs or positions only offered internally.