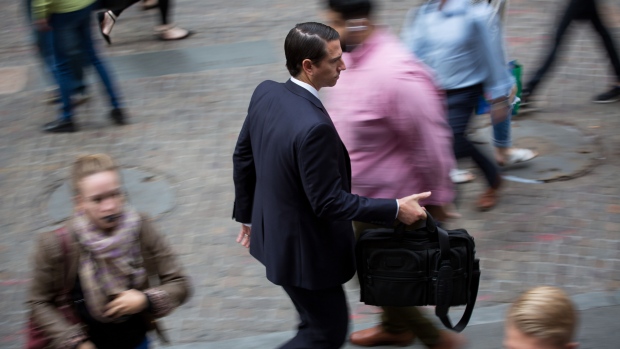 Fewer Americans than expected sought unemployment benefits last week, as the slow labor-market recovery grinds on while businesses contend with an increase in coronavirus cases.

Economists expected initial claims to fall to 850,000 and for continuing claims of 12.2 million, according to median estimates in a Bloomberg survey.

The report came with a key caveat: the figures from California, the most populous state, used the prior week’s numbers because the state suspended acceptance of new applications for two weeks starting Sept. 20 to improve its systems and cope with a backlog of filings. 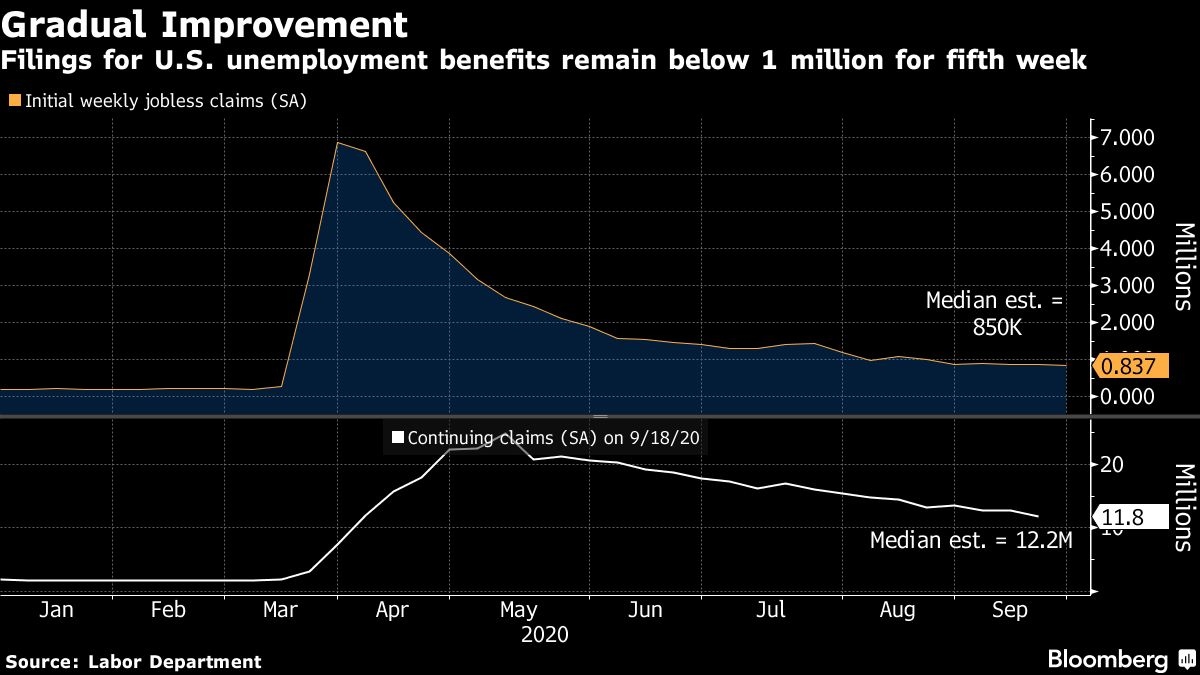 While the latest claims numbers reflected gradual labor-market improvement, the figures remain well above pre-virus levels. Other reports suggest risks are mounting for the economy and lawmakers have yet to reach a deal on renewing fiscal stimulus.

A separate report Thursday showed Americans’ incomes fell in August by the most in three months after the government’s supplemental unemployment benefits expired, threatening to temper consumer spending.

The flood of news also suggests that management-level and salaried employees are increasingly at risk, after initial rounds of losses across industries that hit lower-level and hourly workers harder. Outside of big companies, Yelp Inc. data show over 97,000 small businesses across the U.S. have shut for good since March 1.

The government’s monthly jobs report on Friday -- the last before November’s presidential election -- is set to show job gains moderated further in September, with forecasts for payrolls to rise by about 872,000 and unemployment dropping slightly to 8.2%. That report reflects the period covering the second half of August and first half of September.

Florida, Texas and Georgia led the drop in initial state claims on an unadjusted basis. States with a rise in filings included Maryland, New Jersey and Illinois.

--With assistance from Edith Moy, Chris Middleton and Sophie Caronello.