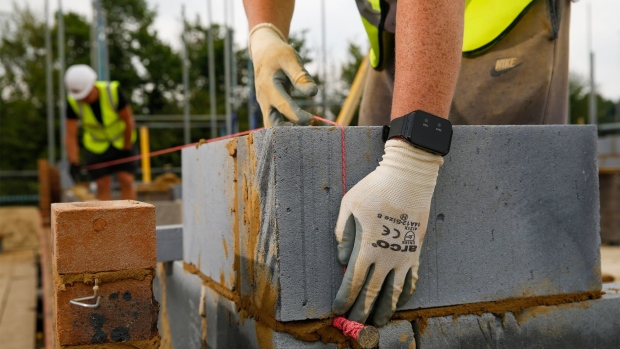 Applications for U.S. unemployment benefits were little changed last week, contrasting with estimates for a decline and highlighting an economic recovery that’s coming in fits and starts.

Initial jobless claims in regular state programs increased by 4,000 to 870,000 in the week ended Sept. 19, according to Labor Department figures released Thursday. Continuing claims -- the total number of Americans claiming ongoing unemployment assistance in those programs -- declined 167,000 to 12.6 million in the week ended Sept. 12, which coincides with the reference period for the government’s monthly jobs report.

Economists expected initial claims of 840,000 and continuing claims of 12.3 million, according to median estimates in a Bloomberg survey.

The still-elevated number of Americans seeking unemployment benefits points to a labor market that’s struggling to recover. Initial jobless claims fell in last week’s report, but the latest uptick shows a choppy pattern of gains and losses as some businesses hire or bring back workers, while others reduce staffing. Millions are still unemployed or are at risk of job loss as businesses struggle to stay afloat with no additional government stimulus in sight.

“It’s an indicator of the pain that’s still out there,” Ethan Harris, Bank of America Corp.’s head of global economic research, said on Bloomberg Television. “And it’s consistent with the idea that we’re getting past that phase where we’re kind of rebounding from that shutdown, and now we’re more to the grinding-forward phase with this massive headwind from the labor market.”

Economists are projecting that next week’s monthly jobs report -- the last before November’s presidential election -- will show slower gains than in prior months. The median estimate of analysts is for employers to add 900,000 to payrolls in September, compared with 1.37 million in August.

On an unadjusted basis, state continuing claims fell by 1.6 million between the reference weeks for the August and September job reports. Economists have been incorporating this calculation into their estimates for the monthly employment numbers.

Reported filings for Pandemic Unemployment Assistance -- available to those not usually covered in regular state programs, including the self-employed and gig workers -- totaled about 630,000 in the week ended Sept. 19, about a 45,000 decline from the prior period, according to unadjusted figures.

An even broader figure -- which includes continuing claims for benefits across all programs including PUA and state rolls -- decreased by 3.7 million to 26 million in the week ended Sept. 5. The decline was almost entirely due to a 3 million drop in California’s PUA claims which followed the state’s effort to reduce fraudulent filings.

In the coming weeks and months, state continuing claims may retreat as people exhaust regular benefits and roll into the Pandemic Emergency Unemployment Compensation program that provides up to 13 weeks of additional jobless benefits. In the week ended Sept. 5, about 104,000 more people were claiming PEUC benefits than in the prior week.

A JPMorgan Chase & Co. jobs tracker points to a payroll gain of more than 1 million in September, with Chase credit and debit card spending expected to be up relative to August.

“The path forward will depend on keeping the virus under control, and on policy actions taken at all levels of government,” Federal Reserve Chair Jerome Powell told the House Financial Services Committee on Tuesday. Both employment and overall economic activity “remain well below their pre-pandemic levels, and the path ahead continues to be highly uncertain,” he said.

The rise in unadjusted state claims was led by gains in New York, Georgia, Massachusetts, New Jersey and California.