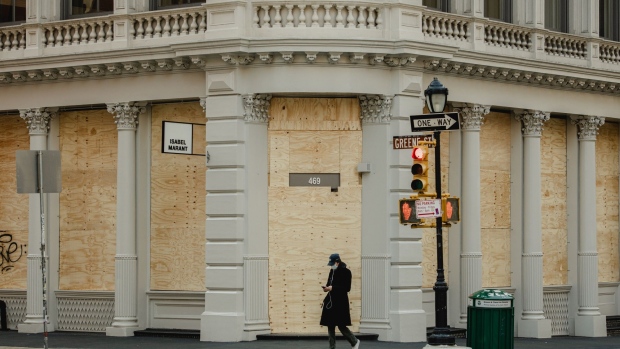 A pedestrian passes a boarded up store in the SoHo neighborhood of New York on April 11. Photographer: George Etheredge/Bloomberg , Bloomberg

The number of Americans applying for unemployment benefits fell last week to a still-massive 5.25 million, capping four weeks of coronavirus-related shutdowns that erased more than 10 years of job creation.

Initial jobless claims in the week ended April 11 followed 6.62 million the prior week, according to Labor Department figures Thursday. The median estimate of economists was for 5.5 million, with projections ranging as high as 8 million.

The four-week sum of 22 million filings compares with roughly 21.5 million jobs added during the expansion that began in June 2009. 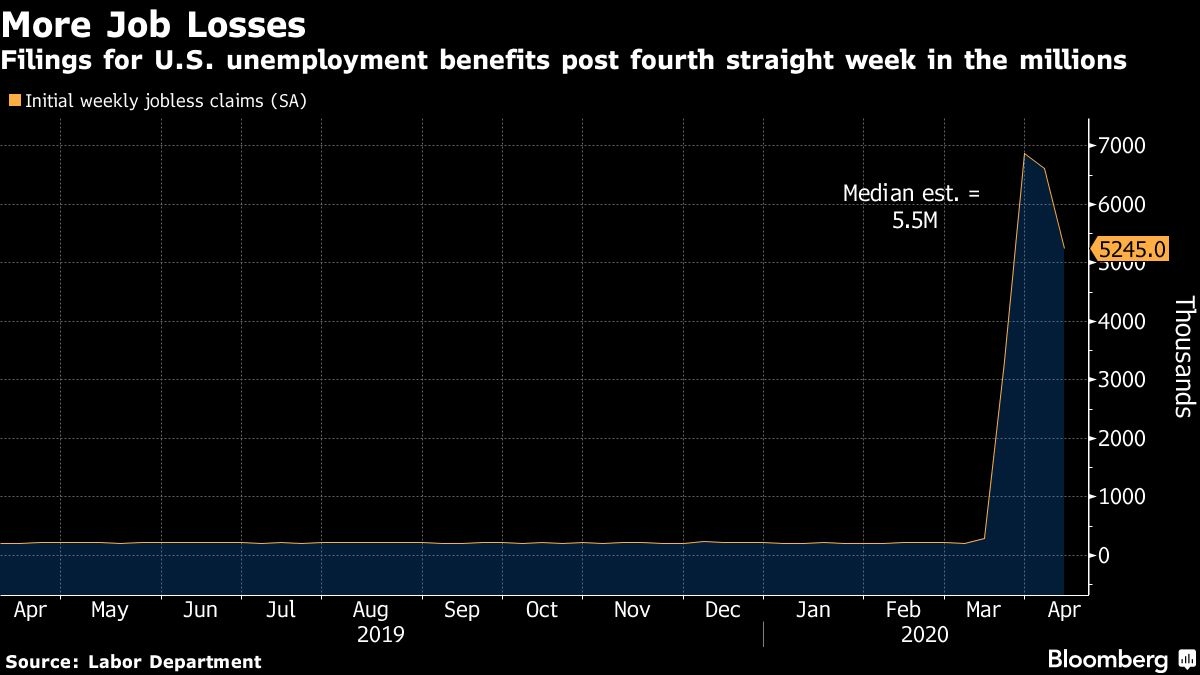 The latest figures suggest an unemployment rate currently around at least 17 per cent -- far above the 10 per cent reached in the wake of the recession that ended in 2009 -- in a sign that the effects of shutdowns have spread well beyond an initial wave of restaurants, hotels and other businesses. Another reason for elevated claims is that Americans are getting through on outdated or overwhelmed systems after previously being stymied.

Continuing claims, or the total number of Americans receiving unemployment benefits, jumped by 4.53 million to a record 12 million in the week ended April 4. Those figures are reported with a one-week lag.