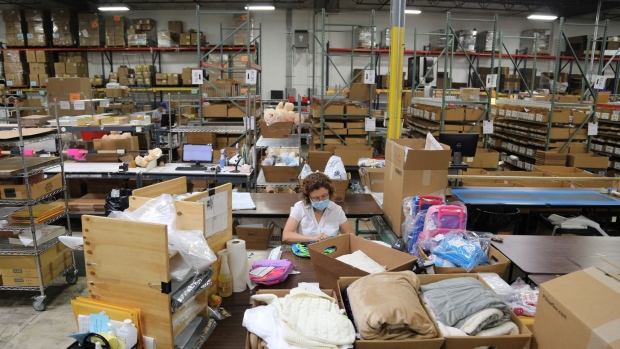 An employee wearing a protective mask works at the Gifts For You company warehouse. Photographer: Olivia Obineme/Bloomberg , Bloomberg

The U.S. labour-market rebound slowed markedly in November, indicating the surge in COVID-19 cases is hitting workers and curbing the broader economic recovery.

Nonfarm payrolls increased by 245,000 from the prior month and the unemployment rate edged down to 6.7 per cent, the Labor Department said Friday. The data also showed a worrisome decline in Americans participating in the labor force, as more people left jobs and the workforce altogether.

Job gains missed economists’ estimates and partly reflected a decline of 93,000 temporary workers who had been hired for the decennial census.

The faint pulse raises odds the chances that President-elect Joe Biden will inherit an even weaker labor market next year, with the recovery at risk of stalling during the wait for widespread vaccine distribution. With almost 4 million Americans enduring long-term joblessness, the report may also help push Congress to pass new fiscal aid by year-end and could make Federal Reserve officials more inclined to provide new stimulus when they meet Dec. 15-16. 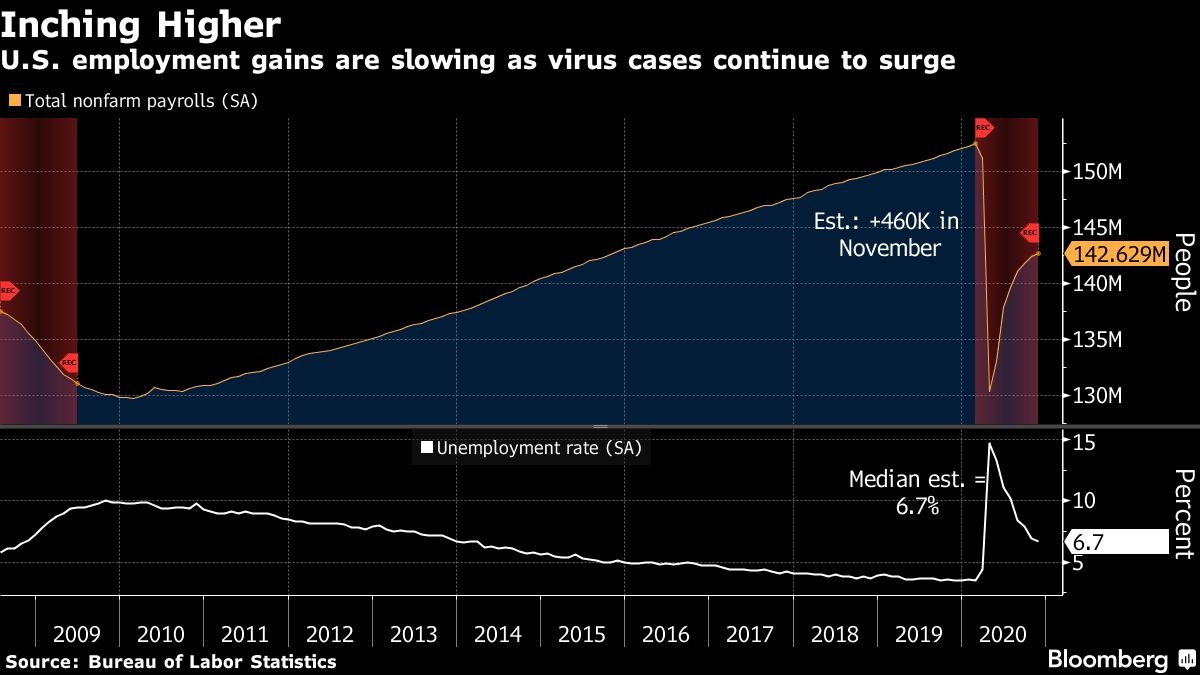 U.S. stocks rose at the open, while 10-year Treasury yields extended their increase after the report and the dollar was lower.

“You are seeing the impact of the pandemic surge here,” Jeffrey Rosenberg, senior portfolio manager at BlackRock Inc., said on Bloomberg Television. “The market reaction is really looking through this to the policy response.”

“The disappointing payroll gain -- at least relative to consensus -- is a negative signal for growth prospects, but could perversely have a positive economic effect in terms of focusing fiscal negotiations toward the urgent need for substantial additional stimulus.”

The employment report is a mid-month snapshot, so jobs lost amid new restrictions and lockdowns put into place in the weeks since won’t be reflected until December’s data.

Not only did payroll gains come in below estimates, but hiring was concentrated in fewer industries, with the shift to online shopping this holiday season accounting for an outsize portion.

Transportation and warehousing added 145,000 workers -- the most since 1997 -- reflecting jumps in couriers and warehouse workers. Retail employment fell by 34,700, reflecting less seasonal hiring than normal in some sectors.

Leisure and hospitality jobs rose by 31,000 following a 270,000 gain in October. Job growth slowed in a variety of sectors including manufacturing, construction, professional and business services, and health care.

Though effective vaccines could be rolled out as soon as this month, economic headwinds are likely to keep mounting before Biden’s Jan. 20 inauguration. The virus is raging uncontrolled with more than 1 million new cases each week, jobless benefits run out soon for millions of Americans, and some federal protections for renters and homeowners are due to expire.

And while prospects are growing for lawmakers to approve another stimulus package by year-end, it’s unclear whether negotiations that have been unsuccessful for months could conclude with agreement.

The gain leaves employment 9.8 million below pre-pandemic levels, and many Americans have been jobless since losing work in March and April.

The ranks of the long-term unemployed, or those out of work 27 weeks or more, increased by 385,000 in November to 3.9 million, the most since 2013. The group makes up more than a third of the total unemployed.

“It’s pointing to weaker momentum as we enter a critical phase of the recovery with the health situation deteriorating rapidly,” said Gregory Daco of Oxford Economics. “Going into the month of December this is quite worrisome and worthy of our attention and importantly worthy of policy makers’ attention.”

Below is a breakdown of highlights by demographic: 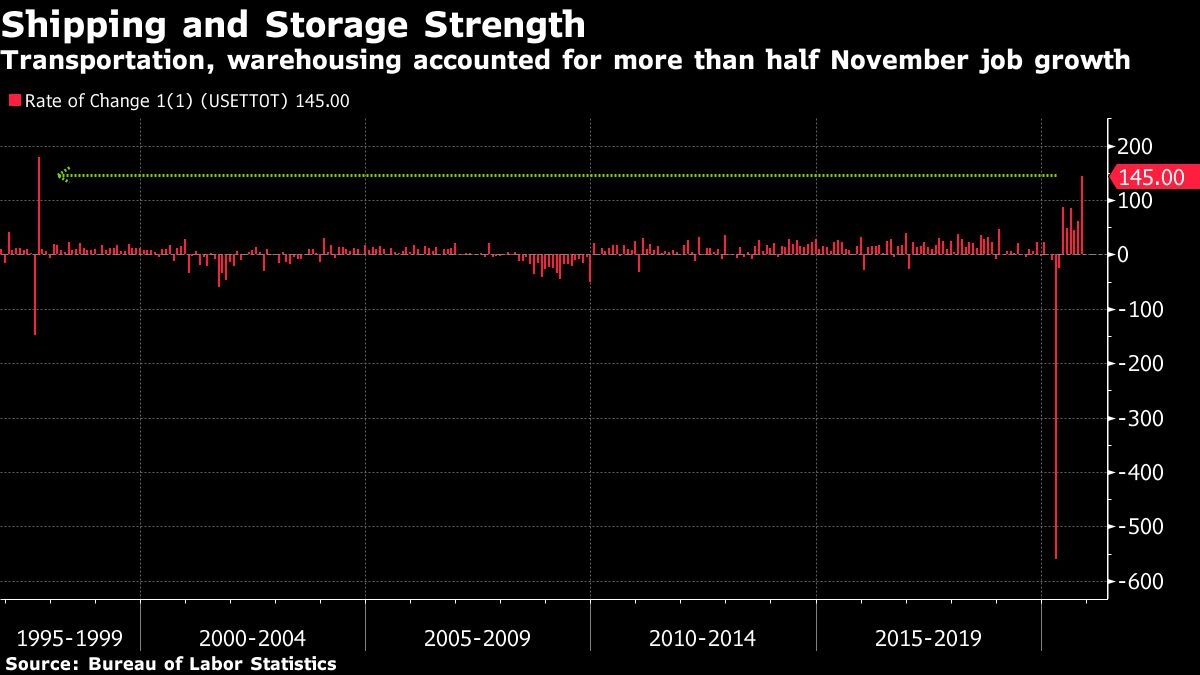