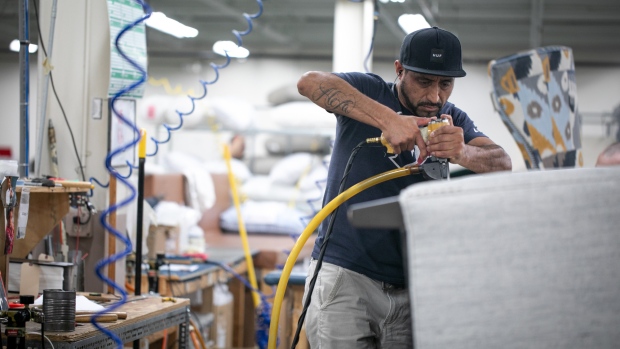 Weak August job gains signaled the U.S. labour market’s slowdown is deepening as the trade war with China takes a toll on the economy, even as some details of the report suggested a recession is far from imminent.
Private payrolls rose 96,000, a three-month low, according to Labour Department figures Friday that trailed the median estimate of economists for a 150,000 gain. Total nonfarm payrolls climbed a below-forecast 130,000, which was boosted by 25,000 temporary government workers to prepare for the 2020 Census count.

While average monthly job gains of 158,000 this year are down sharply from 223,000 in 2018, the pace is still more than enough to keep pace with population growth. In addition, the jobless rate held near a half-century low and average hourly earnings topped forecasts.

Those figures offered some hope that the chief U.S. economic engine -- consumer spending -- will continue to power the record-long expansion, despite the headwinds from trade tensions and softer global growth.

Even so, Friday’s figures reinforced expectations for Federal Reserve policy makers to cut interest rates by a quarter point for a second straight meeting this month. Fed Chairman Jerome Powell will have a chance to clarify the central bank’s view of the economy when he speaks at 12:30 p.m. New York time at the University of Zurich.

“We are clearly seeing a deceleration in the labour market,” said Joe Song, senior U.S. economist at Bank of America Corp. “On the other hand there were some positives.” Also, employers may be having more difficulty finding workers, he said.

Payroll gains were weaker than expected in August, and prior months were downwardly revised, but there were some important silver linings in the report, including a rebound in the workweek and at least a temporary halt in the deceleration of aggregate income growth.

Higher wages and looser hiring requirements are drawing more Americans in from the sidelines. The participation rate, or share of working-age people in the labour force, increased to 63.2 per cent, while the employment-population ratio rose to a 10-year high of 60.9 per cent, both up 0.2 percentage point from the prior month.

That reflected the household survey’s count of employment rising by 590,000, while the number of unemployed people fell by 19,000 to 6.04 million. The gains could partly stem from the temporary census hiring, said Wells Fargo & Co. economist Jay Bryson.

White House economic adviser Larry Kudlow chose to highlight the household survey’s employment gain as a “blowout number.” That figure is typically more volatile than payrolls, which are derived from a separate survey of employers. Kudlow said August payrolls tend to be “quirky,” often coming in low and then being revised upward.

“America is working and America is getting paid and the economy is very strong,” Kudlow said on Bloomberg Television.

President Donald Trump tweeted Friday that “The Economy is great. The only thing adding to ‘uncertainty’ is the Fake News!”

Despite that confidence, if weaker job gains continue that may spell trouble for Trump’s re-election prospects.

Other solid points included the share of prime-age women in the labour force jumped to the highest level since 2002, and the black unemployment rate hit an all-time low in data back to 1972.

That doesn’t discount the fact that job gains in the U.S. are decelerating.

“The bottom line is that payroll growth is slowing and that is a worrying trend,” Torsten Slok, chief economist at Deutsche Bank, said on Bloomberg Television. “The general picture here is certainly of a slowing economy.”

The U.S. expansion is becoming increasingly dependent on steady job gains that have been powering strong consumer spending. Concerns about a recession have recently intensified because of weakness in manufacturing that’s resulting partly from the trade war and slowing global demand. 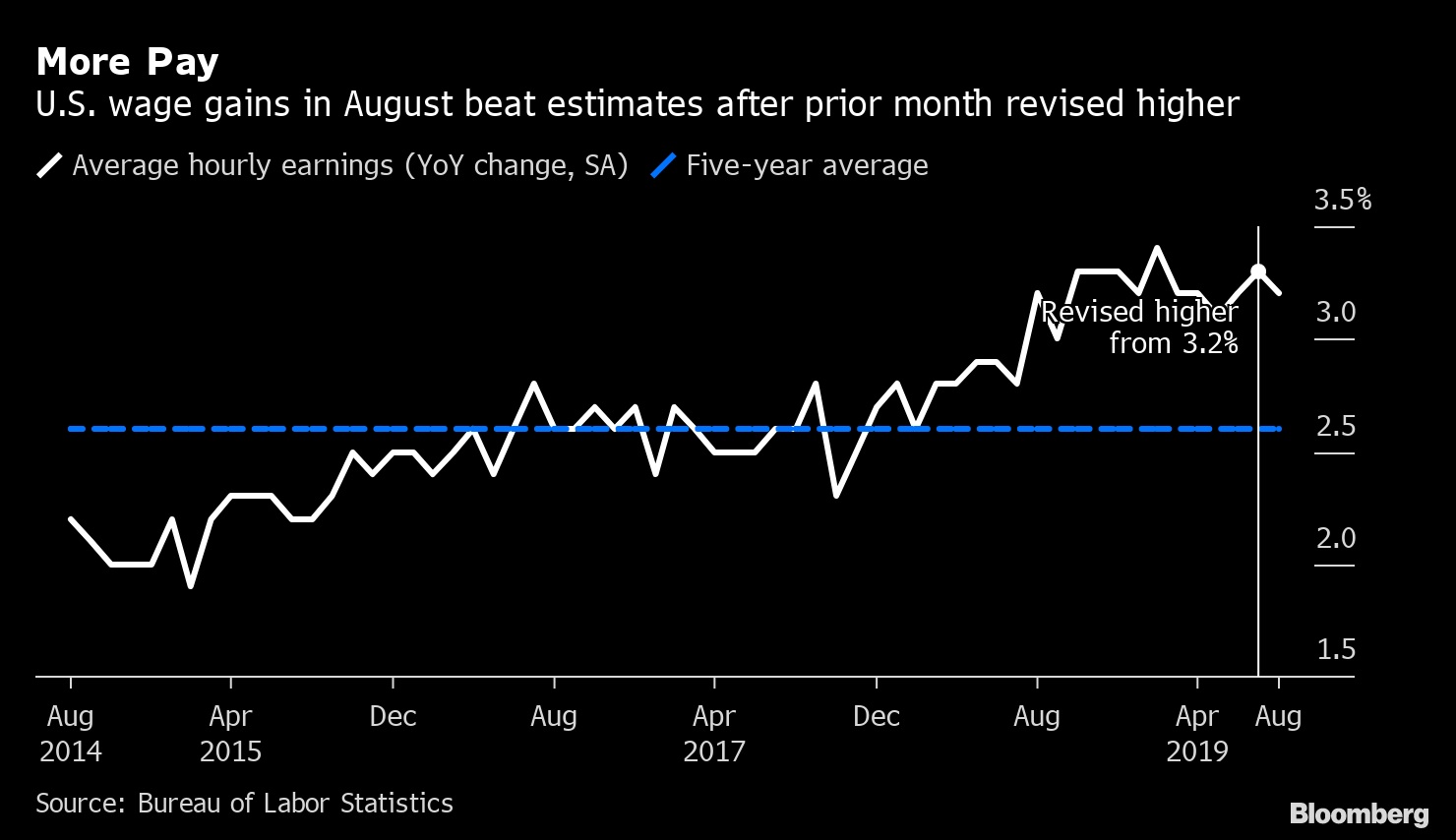 Revisions subtracted 20,000 jobs from the prior two months, bringing the three-month nonfarm average to 156,000.

But the payroll figures showed weakness in several sectors. Manufacturing added an anemic 3,000 jobs, retailers cut positions for a seventh straight month and education and health services hired the fewest people since February.

Industries with solid gains included construction at 14,000 and professional and business services at 37,000.

The U-6, or underemployment rate, rose to 7.2 per cent from an 18-year low of 7 per cent. The gauge includes part-time workers who’d prefer a full-time position and people who want a job but aren’t actively looking.

--With assistance from Chris Middleton and Sophie Caronello