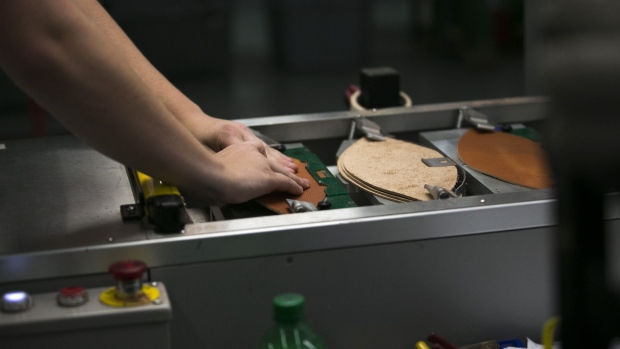 U.S. manufacturing expanded in September by less than forecast as new orders pulled back from a 16-year high and production softened.

A gauge of factory activity decreased to 55.4 from 56 a month earlier that was the strongest since late 2018, according to data from the Institute for Supply Management released Thursday. Readings above 50 indicate manufacturing is expanding, and September’s figure was weaker than the 56.5 median projection of economists in a Bloomberg survey.

Though softer than expected, the manufacturing gauge is still at its third-highest level since 2018. The COVID-19 pandemic and associated business closures crippled factory production, but as the economy has opened more broadly, the sector has recovered rapidly. However, as the initial wave of pent-up demand has tempered, so has the pace of growth for the nation’s producers.

A measure of new orders fell 7.4 points to 60.2, the index’s first decline since April. Orders may settle into a more sustainable pace as the group’s measure of customer inventories showed the fastest rate of contraction in more than a decade. ISM’s gauge of production dropped 2.3 points to 61.

The measure of inventories at factories increased to 47.1, showing stockpiles were decreasing at a slower pace. At the same time, a gauge of customer inventories slipped to 37.9, indicating an even faster rate of decline that could translate into further production gains in coming months.

The gauge of factory employment improved to 49.6, moving closer to stabilization though still marking the 14th month of contraction. The Labor Department’s monthly employment report, out Friday, is forecast to show manufacturing payrolls increased 35,000 in September.

The ISM’s measure of exports increased 1 point to 54.3, highlighting little more than a gradual pickup in overseas demand.