U.S. mortgage rates jumped for the sixth straight week, climbing to the highest level in more than nine months.

The average for a 30-year, fixed loan was 3.17 per cent, up from 3.09 per cent last week and the highest since June 11, Freddie Mac data showed Thursday. 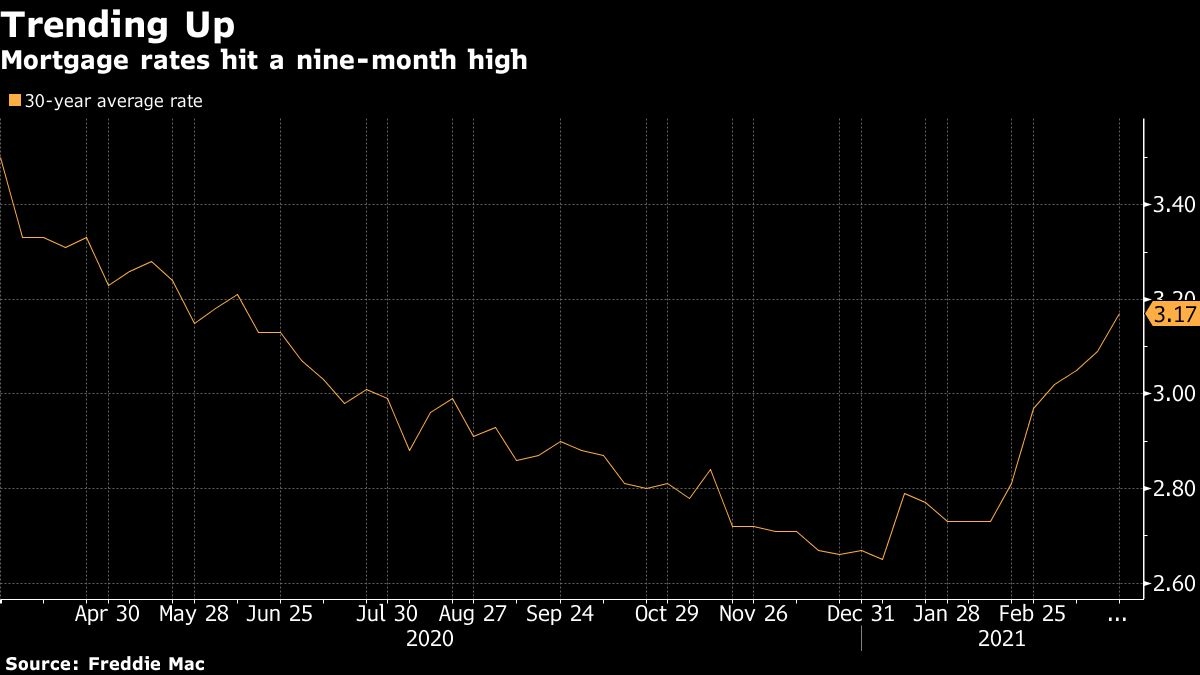 While borrowing costs remain low by historical standards, rates have been climbing since reaching a nadir of 2.65 per cent in January. The increase threatens to crimp a housing rally that was built on cheaper mortgages.

Housing prices have surged across the U.S. amid strong demand for properties in the pandemic. Limited inventory has fueled bidding wars, which is making it hard for some potential buyers to afford homes.

“Since January, mortgage rates have risen, leaving potential homebuyers with less purchasing power,” said Sam Khater, chief economist at Freddie Mac. “Unfortunately, this has disproportionately affected the low end of the market, where supply is the slimmest.”

The mortgage industry also got a boost from sliding rates in the pandemic, posting record profits as a flood of Americans refinanced debt and applied for loans to buy homes.

Rates have been tracking a surge in yields for 10-year Treasuries, which last week reached their highest levels since January 2020 -- before the pandemic started roiling global financial markets.