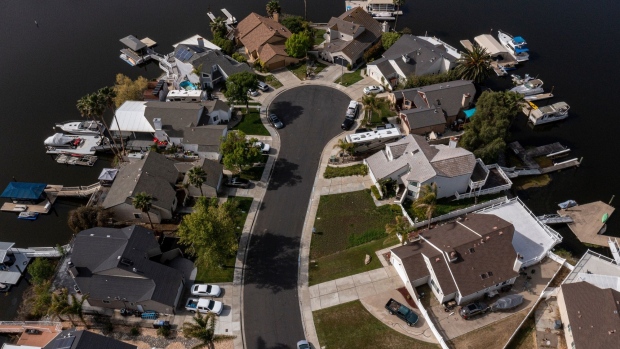 The U.S. housing market, overheated and starved of listings, is getting tested by mortgage rates that have climbed at the fastest rate in decades. The 30-year average is up almost two percentage points from the end of last year. While the added costs are pushing out some would-be buyers, competition remains fierce, fueling bidding wars and sending purchase prices soaring.

With inventory limited, sales are beginning to stall. A measure of contracts to buy previously owned homes decreased in March for a fifth straight month, reaching the lowest level since May 2020, the National Association of Realtors reported this week.

The last time mortgage rates were this high, the median sales price of an existing U.S. home was $172,300, data from the Realtors group show. It’s now more than double that, after reaching a record $375,300 last month.