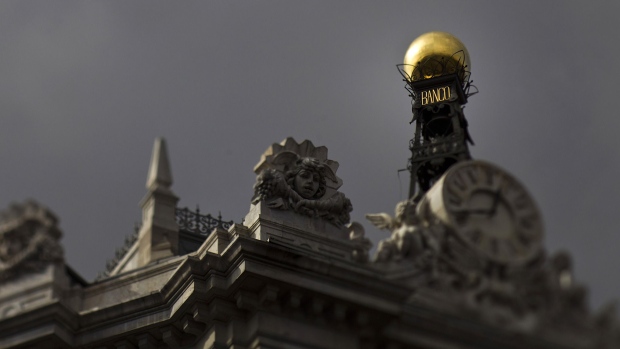 (Bloomberg) -- Officials in the Trump administration are pushing for financial sanctions against Spain for what they say is its financial support of Nicolas Maduro’s regime in Venezuela, according to people familiar with the matter.

The U.S. Treasury Department is considering sanctions against Spain’s central bank and measures against other entities where Venezuelan money is parked, the people said, without offering details. They said no action is expected before Spain’s Nov. 10 general election.

Spain, where several thousand U.S. troops are based, has been a partner to Washington in the war on terror and other global endeavors. The prospect of targeting a historic ally rankles some in the U.S. administration who oppose the move and cast doubt on its likelihood. The people said that Spanish officials have been warned about the potential action.

That may be the point of the talk: to send a message and spur a shift in Spanish policy at a time when Caracas has to rely mostly on China and Russia to skirt U.S. sanctions. Or the deliberations may show how far the Trump administration is willing to go to topple Maduro. Spain’s central bank has remained an intermediary for Caracas as the sanctions led many financial institutions to shun deals with the socialist government.

Spanish officials said that during a recent hour-long meeting in Madrid with Elliott Abrams, the U.S. special representative for Venezuela, there was no mention of sanctions. Abrams did say that the government needs to do more about Venezuelan money coming into Spain and pushed Madrid to freeze Venezuelan assets. The Spaniards replied that private banks and the central bank are monitoring for money laundering but aren’t going to freeze assets without evidence.

Spain hasn’t received notification of any action by the U.S. government and doesn’t believe it would be justified, a spokesman for the foreign ministry in Madrid said. The Bank of Spain declined to comment; a U.S. Treasury spokesman declined to comment. The people who spoke anonymously did so because the discussions are confidential and ongoing.

One senior U.S. official pushing for the action said Madrid deserves as much blame for aiding and abetting the Maduro regime as Russia and China. Those in favor of the move argue that acting Prime Minister Pedro Sanchez’s government is preventing the European Union from taking more punitive measures against Maduro. There’s also frustration over Madrid’s rejection of U.S. requests to extradite former Venezuelan spy Hugo Carvajal to stand trial on drug-trafficking charges as well as Spain’s place as a destination for Venezuelans who got wealthy by looting the nation’s state-run companies.

Vast amounts of oil revenue are estimated to have been siphoned off from Petroleos de Venezuela and parked abroad, including in Spain. Last year, Spanish prosecutors arrested a former Venezuelan minister and seized more than 100 properties from a suspected money-laundering ring, according to El Pais newspaper.

But other U.S. officials argue that Spain followed their lead in recognizing National Assembly President Juan Guaido as the nation’s rightful leader and demonstrated goodwill by granting refuge to opposition leader Leopoldo Lopez at its ambassador’s residence in Caracas after a failed April 30 revolt.

Meanwhile, in Caracas, Venezuelan central bank officials have been telling contractors that going through the Bank of Spain is an option to make and receive payments outside the country, while warning the funds may take additional time to clear due to increased scrutiny. When one British financier who’s been pitching Venezuela’s central bank on long-shot ways to raise funds asked how he would get paid, the officials suggested sending the money through Spain’s central bank, according to people familiar with the matter.

The Spanish central bank has said in the past that the amount of money in Venezuela’s account is small and that there hasn’t been a significant change in activity in recent years. The transactions are limited mainly to transfers by multilateral organizations to get funds to their representatives in Venezuela, the Bank of Spain said.

Tensions between Madrid and Washington rose in February when Spanish Foreign Minister Josep Borrell said Maduro looked even stronger just weeks after Spain joined the U.S. in recognizing Guaido. Borrell also bristled at President Donald Trump’s unilateral decision to withdraw American troops from Syria. To the frustration of some U.S. officials, the Spanish government still maintains normal relations with Maduro and his allies.

The Bank of Spain’s continued relationship with Venezuela comes at a critical juncture for Maduro as financial institutions including Turkey’s state-run Ziraat Bank have stopped offering their services to move money. Some Venezuelan accounts in Asia have been frozen or discontinued as well.

Spain has its own political uncertainty. Polls suggest Sanchez will win the nation’s fourth election in as many years on Nov. 10 yet again come nowhere near earning an outright majority. Even if he can find a partner to back him in a confidence vote, he could be forced into another ballot as soon as legislative politics get choppy.

To contact the editors responsible for this story: Daniel Cancel at dcancel@bloomberg.net, Ethan Bronner, Melinda Grenier