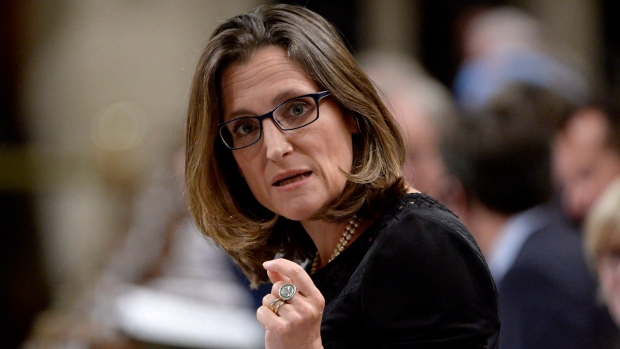 Negotiations over a deal to update the North American Free Trade Agreement have included some “troubling proposals” from the United States, Canadian Foreign Minister Chrystia Freeland said on Monday.

“The NAFTA negotiations have included, particularly in the last couple of rounds, some troubling proposals from our perspective coming from the United States,” Freeland told a conference on global trade in Toronto.

Freeland has suggested that Canada could walk away from the NAFTA talks over the so-called Chapter 19 dispute mechanism, under which binational panels make binding decisions on complaints about illegal subsidies and dumping. The United States has frequently lost such cases.

Another concern for Canada has been a proposal by the United States for a so-called “sunset clause” limiting the lifespan of any new deal to five years.

“We’re particularly troubled by the proposals that we’re seeing on Chapter 19, which is absolutely central to the Canadian interest and we’re troubled by the idea of a sunset clause - to us that seems redundant,” Freeland said.