Investors should have a buy the dip mindset when it comes to commodities: Scott Bauer

US natural gas futures plummeted and European prices surged after the operator of a key Texas export terminal said it may take three months to partially restart the facility following a fire last week.

The new timeline from Freeport LNG is much longer than many market participants had anticipated and matches the worst-case scenario posited by at least one analyst. Freeport previously said its facility would remain closed for at least three weeks.

Gas for next-month delivery in New York tumbled as much as 19 per cent to US$7.008 per million British thermal units, as the shutdown threatens to leave supply stranded in US shale basins. Futures settled down 16.5 per cent at US$7.189.

The prolonged outage is bad news for European consumers who have scrambled in recent months to find alternative supplies after the war in Ukraine jeopardized imports of Russian gas. European gas futures on the Title Transfer facility hub in Amsterdam jumped as much as 21 per cent to 101 euros per megawatt-hour.

Though Freeport LNG is targeting a partial restart in about 90 days, a return to full operations isn’t expected until late this year, the company said in a statement Tuesday. Preliminary observations indicate the June 8 explosion that caused the blaze occurred when too much pressure on a liquefied natural gas transfer line caused it to rupture, releasing and igniting a gas vapor cloud, Freeport said.

“That is definitely a near-term game changer,” said Dennis Kissler, senior vice president at Bok Financial Securities. “The US$10 area now seems miles away” for US gas. 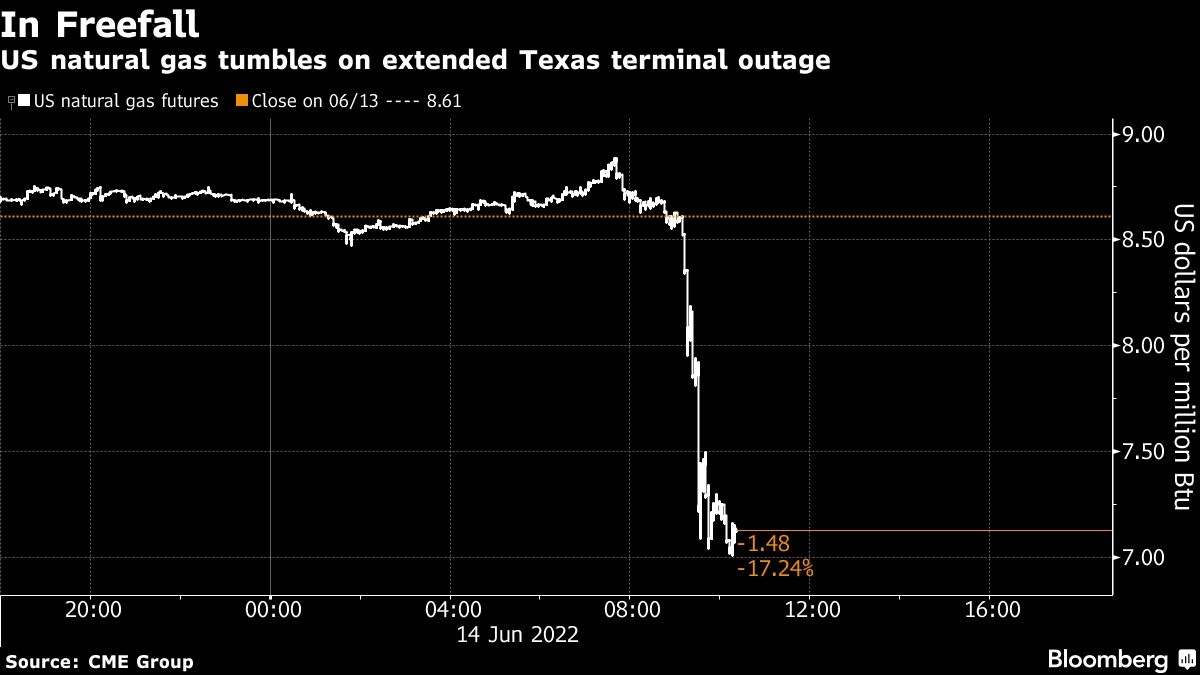 The fire at Freeport upended a gas market that was already in turmoil, not just from Russia’s invasion of Ukraine but also from tight global stockpiles of the heating and power-plant fuel. The US has recently vied with Qatar and Australia to become one the world’s top LNG exporters, and Freeport accounted for almost one-fifth of all overseas shipments of gas from the US last month. The US sent nearly three-quarters of its LNG to Europe in the first four months of the year, and the region now getting almost half of its supplies from across the Atlantic.

For US consumers, the prolonged outage comes as a relief, alleviating strain on domestic supplies and halting a bull run in which prices more than doubled this year. A three-month shutdown of Freeport should curb natural gas demand by 182 billion cubic feet, according to an estimate from Analytix.AI. To put that in context, gas stockpiles are about 340 billion cubic feet lower than normal.

“The Freeport outage alone could narrow that gap by more than half assuming other market factors are unchanged,” said Harry Mateer, an analyst at Barclays Plc. “This is meaningful in a tight gas market.”

The extra gas reduces the risk of critically low inventories by the end of winter to about 25 per cent from 40 per cent previously, a trader said.

Underscoring the easing of fears about a shortage, the so-called widowmaker spread between gas delivered in March and April -- essentially a bet on how low inventories will be by the end of the winter-- shrank 32 per cent to US$1.178 per million btu.

The Freeport incident occurred in pipe racks that support the transfer of LNG from the storage tank area to the terminal’s dock. None of the production units or storage tanks were affected. Freeport, along with state, local and federal officials, are investigating the incident. There were no injuries. 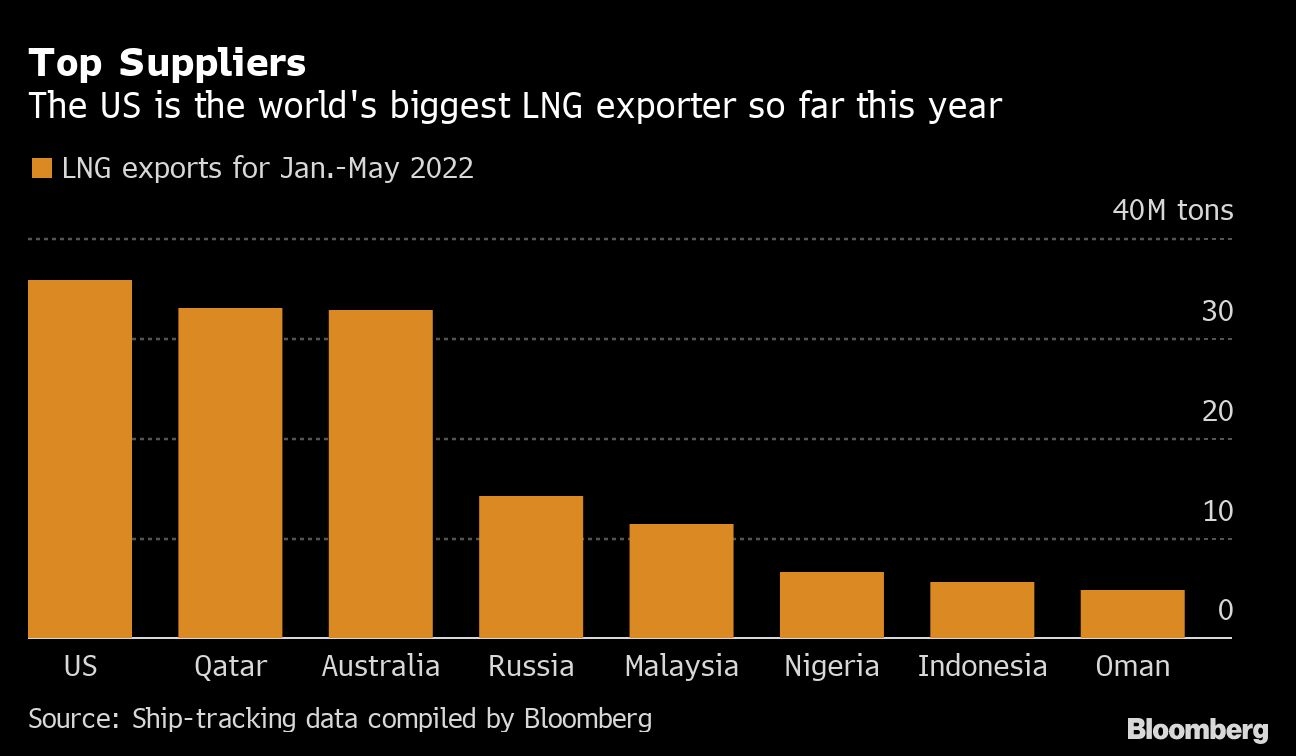 The Freeport plant, which has the capacity to ship about 15 million tons per year, supplies gas to BP Plc and TotalEnergies SE in Europe, as well as Japan’s Jera Co. and Osaka Gas Co., and SK E&S Co. in South Korea.