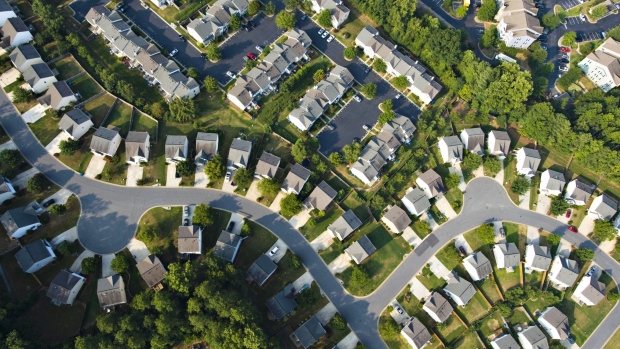 A residential housing development stands in northwest Atlanta, Georgia, U.S. on Monday, Aug. 18, 2008. Builders in the U.S. broke ground on the fewest houses in 17 years in July, signaling the residential-construction slump will continue to hurt economic growth. , BLOOMBERG NEWS

Sales of new U.S. homes fell in July, missing estimates, after an upward revision to the prior month brought those sales to the highest level since 2007, a sign that lower borrowing costs may be helping stabilize purchases.