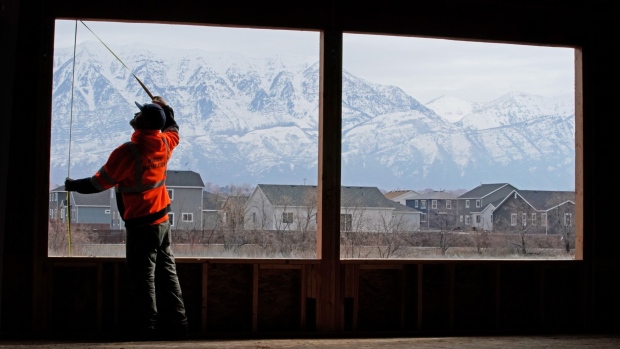 A worker measures a window opening at a home under construction in Vineyard, Utah, March 12, 2019. Bloomberg/George Frey

Buyers snapped up new U.S. homes over the past two months at the fastest pace in more than 12 years, adding to signs of sturdy housing demand amid lower prices and borrowing costs.

Single-family house sales ran at a 733,000 annualized pace in October, topping all estimates in a Bloomberg survey, following an upwardly revised 738,000 in September, government data showed Tuesday. Those were the two strongest readings since July 2007. The median sales price decreased 3.5 per cent from a year earlier to US$316,700. 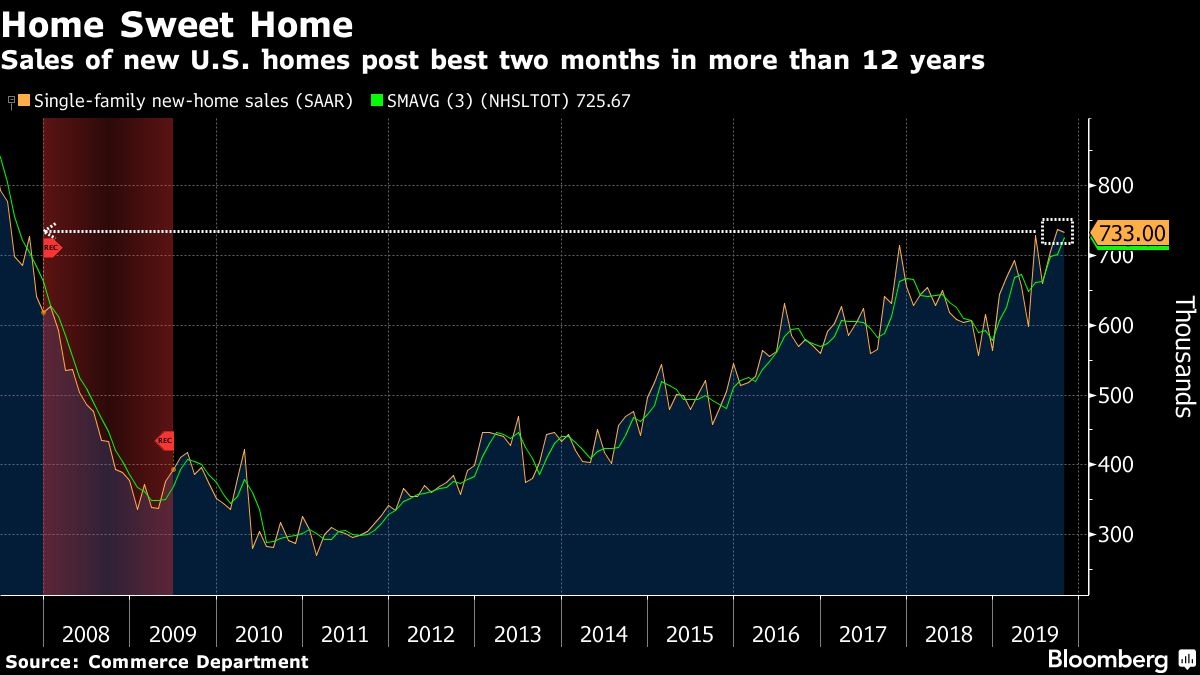 -Buoyed by Federal Reserve interest-rate cuts and steady gains in wages and jobs, new home sales are running at the fastest pace of the expansion. At the same time, supplies remain tight at 5.3 months of inventory, keeping prices from falling further and offsetting some of the boost to affordability from lower borrowing costs.

-Other recent data showed positive momentum for the sector and the potential to contribute to economic growth in the fourth quarter. Existing home sales, which make up the vast majority of the market, increased in October. In addition, residential starts rose and permits were issued at the fastest pace since 2007.

-Even with the gains, the pace of new home sales remains well below levels reached during the housing boom of the 2000s, when purchases peaked at 1.39 million.

-A separate report out Tuesday suggested home prices are stabilizing after more than a year of slowing. The S&P CoreLogic Case-Shiller index of property values in 20 U.S. cities increased 2.1 per cent in September from a year earlier, the first acceleration since early 2018.

-Purchases of new homes rose from the prior month in the West and Midwest, while declining in the Northeast and South.

-The number of properties sold for which construction hadn’t yet started rose to 250,000, the highest since 2007, indicating a robust pipeline for homebuilders.

-The report is published jointly by the U.S. Census Bureau and the Department of Housing and Urban Development. Monthly figures are typically volatile and subject to revision.