U.S. new-home sales rebounded sharply in March to the highest since 2006, suggesting that the housing market is back on track after winter storms impeded demand in February.

Purchases of new single-family homes increased 20.7 per cent last month to a 1.02 million annualized pace after an upwardly revised 846,000 rate in the prior month, government data showed Friday. The figure exceeded all forecasts in a Bloomberg survey.

Inclement weather delayed the search for homes in February and a lack of properties for sale has also hindered purchases. But borrowing costs remain historically low -- despite inching up in recent weeks -- and demand for more space is still strong as the pandemic drags on. 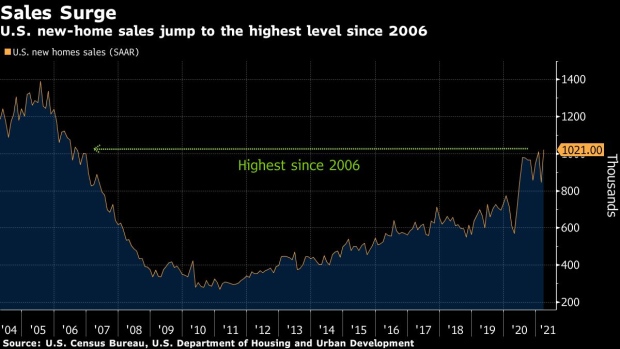 Residential construction has also picked up steam and backlogs are mounting despite higher costs. The number of homes sold in March and awaiting the start of construction climbed to the highest level since September 2006, Friday’s report showed.

U.S. extended gains after the report while an index of homebuilder shares also increased.

Home prices have skyrocketed to record-highs and properties are selling quickly. The median sales price rose from a year earlier to US$330,800, according to the report. At the current sales pace, it would take 3.6 months to exhaust the supply of new homes, compared with 4.4 months in February. 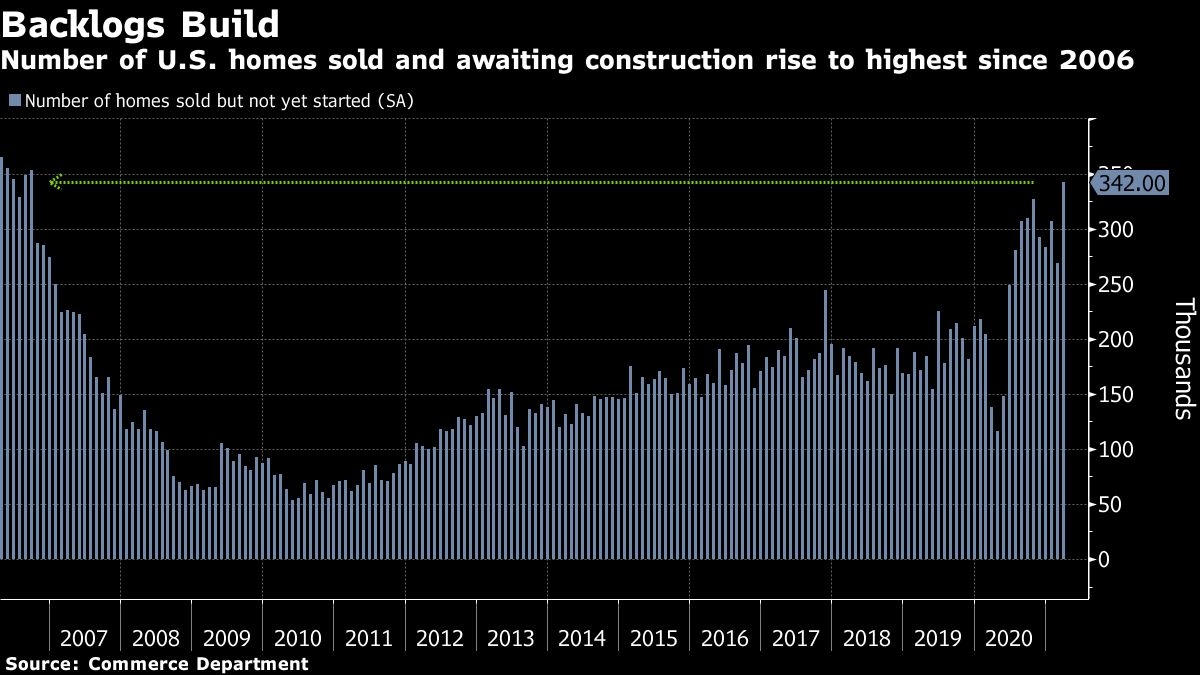 Sales surged in three of four U.S. regions. In the South, where winter storms deterred activity in February, sales climbed 40.2 per cent, the largest monthly increase in four decades. Purchases also rebounded sharply in the Midwest and Northeast.

A separate report Thursday revealed sales of existing homes fell in March, reflecting limited supply and higher prices. On average, properties remained on the market for a record-low 18 days in March, the National Association of Realtors said.