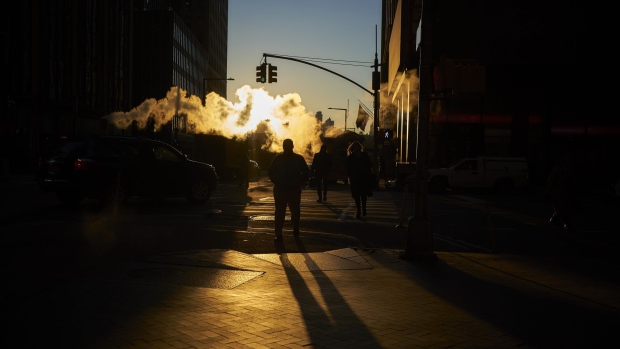 (Bloomberg) -- The U.S. is proposing that countries should be able to tax more corporate profits based on revenues within their borders in a bid to reach a global taxation deal, according to two people familiar with the offer.

The U.S. sent a proposal to the nearly 140 countries participating the Organization for Economic Cooperation and Development’s talks on digital taxation and global minimum levies, an offer that could help move previously stalled negotiations to consensus.

The plan calls for the taxing rights to be allocated based on a formula that accounts for revenues generated within a specific country, according to the people, who requested anonymity because the document is not yet public.

The quantitative proposal is a departure from current options, which attempt to define which business models and industries are subjected to the tax, with an emphasis on technology and other businesses that interact with consumers. The U.S. proposal would be formulaic and apply to multinational companies across industries, not just digital firms.

The U.S. had resisted suggestions from other countries to limit the rules to digital businesses, which it says would target U.S. technology giants including Alphabet Inc.’s Google, Facebook Inc. and Amazon.com Inc.

The American proposal was reported earlier by the Financial Times.

Companies that fall within the scope of the OECD’s plan would see some of their profits taxed by many more countries than they do now. They would pay more tax in countries where they have users or consumers, and less in the country where they’re headquartered, assuming those are not one and the same. The plan wouldn’t necessarily raise companies’ taxes, but change where some of their profits are taxed.

The OECD is trying to forge an agreement among 139 countries on its plan for a global tax overhaul by this summer. Negotiators failed to reach a consensus last year, with disagreements over the scope being one of the main hurdles.

The OECD plan intends to address concerns that tech giants aren’t being fairly taxed when they have users, but limited physical presence, in many of the countries in which they do business.

The negotiations have centered around two central plans, or pillars. The first pillar addresses which country has the right to tax what corporate profits. The second pillar focuses on a global minimum corporate tax in an effort to stop a race to the bottom on corporate tax rates as countries seek to compete with each other to attract business investment.

President Joe Biden proposed a 21% global minimum tax as part of his corporate tax overhaul plan to finance domestic infrastructure spending. His administration may be hoping to influence the global tax talks and encourage countries to sign onto a higher minimum tax -- previous proposals had been roughly 12.5%.

An agreement among the participants in the OECD talks is also seen as the best way to stop the proliferation of digital tax measures imposed by individual countries across the globe. Companies say a growing patchwork of measures means their profits are taxed multiple times by different countries, creating a compliance nightmare.

Adewale Adeyemo, the deputy secretary of the U.S. Treasury, told CNBC in an interview Wednesday that the U.S. won’t support digital taxes that target U.S. companies, a view that has bipartisan support among members of Congress.