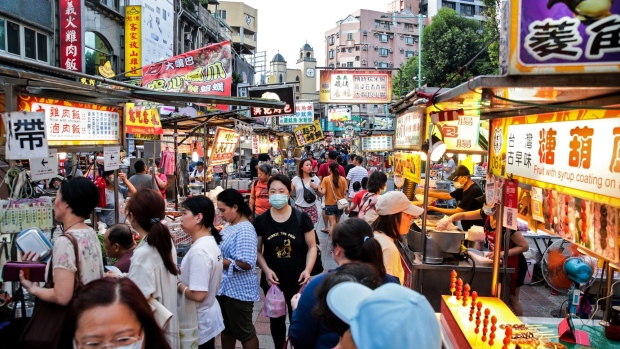 People shop at food stalls at the Ningxia Night Market in Taipei, Taiwan, on Thursday, July 30, 2020. As the world braces for the worst economic contraction since since World War II, Taiwan appears poised to get away lightly. Economists expect the export-dependent island to show a second-quarter performance that is merely stagnant, as opposed to the deep recessions seen elsewhere, and a brighter outlook for the rest of the year. , Bloomberg

The U.S.’s decision to launch economic talks with Taiwan opened a new front in Taipei’s effort to push back against increased pressure from Beijing.

The Economic and Commercial Dialogue announced by Washington and Taipei this week marks a breakthrough in Taiwanese President Tsai Ing-wen’s four-year quest for trade talks with the U.S. The Trump administration announced the framework days after Tsai dropped restrictions on the American pork products that Washington viewed as a barrier to broader negotiations.

Rupert Hammond-Chambers, president of the Washington-based U.S.-Taiwan Business Council, calling the decision “bigger than the F-16 sale” last year. “There’s very little chance this will go unnoticed, primarily because it’ll rightly be seen as a play for a bilateral trade agreement commitment from the Trump administration,” Hammond-Chambers said.

The trade talks add a new dimension to the expanding cooperation between Taiwan and the U.S., as Donald Trump’s administration highlights its efforts to challenge China in the president’s re-election campaign. So far, the U.S.’s outreach has focused on diplomacy, such as Health Secretary Alex Azar’s landmark visit to Taipei last month, and defense ties, including the administration’s decision to approve the first fighter jet sale to Taiwan in almost three decades.

The American Institute in Taiwan, the de facto embassy, also Monday released declassified Reagan-era cables that among other things clarify that the U.S. believed its arms sales to Taiwan should be proportional to the military threat from China. The U.S. has continued to sell weapons to Taiwan, despite formally recognizing the government in Beijing in 1979 and the repeated protests from China, which views the island as part of its territory. 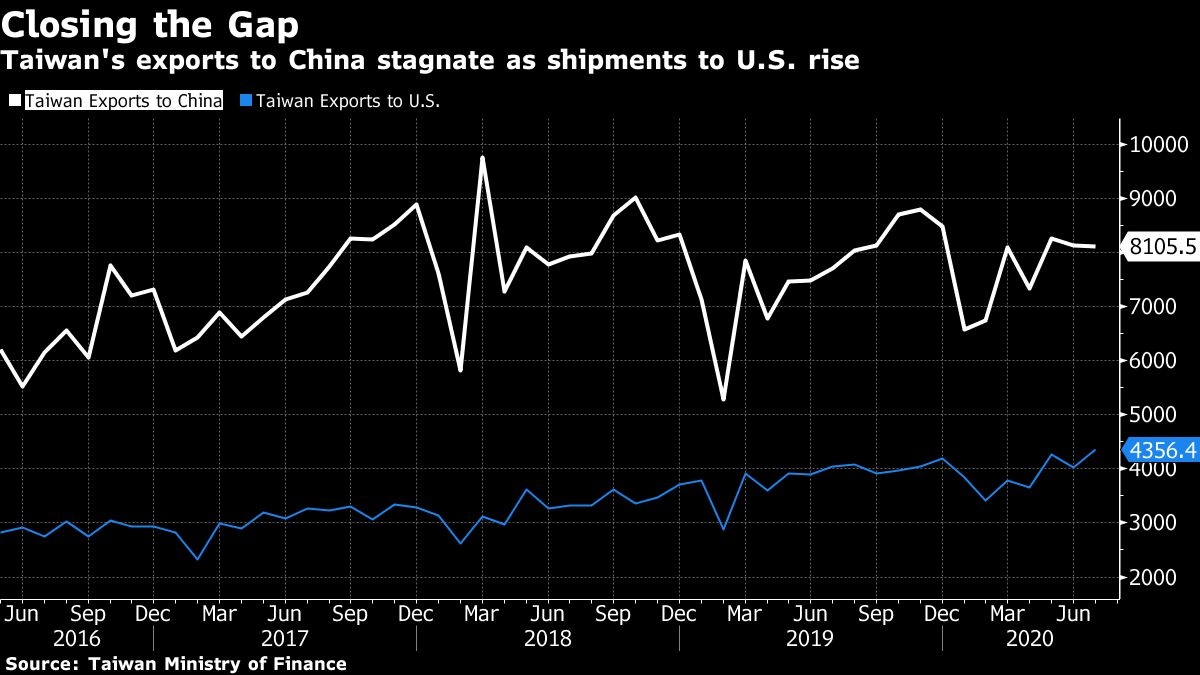 China’s foreign ministry denounced the U.S.’s so-called Six Assurances to Taiwan, which were mentioned in the declassified cables, as “wrong, illegal and void” from the beginning. “We urge the U.S. to stop elevating U.S.-Taiwan ties, stop official interactions with Taiwan in any form, and stop walking further down this wrongful and dangerous path,” Foreign Ministry spokeswoman Hua Chunying told a briefing Tuesday in Beijing.

While proponents acknowledge formal trade talks would likely stretch well into the next U.S. presidential term, both sides share a desire to reduce their economic dependence on China. The country is the U.S.’s largest trading partner and accounts for more than 40 per cent of Taiwan’s exports.

China’s efforts to deepen economic bonds with Taiwan have stumbled since former President Ma Ying-jeou was forced to withdraw an unpopular trade deal and voters swept Tsai’s Democratic Progressive Party into power in 2016. Chinese President Xi Jinping has sought to isolate Tsai diplomatically, limiting tourist trips to Taiwan and stepping up military patrols around the island.

On Tuesday, Taiwan’s defense ministry released a report accusing China of sending warships and military planes daily to the median line of the Taiwan Strait, saying the activities were exerting personnel and undermining security. “This was done to test our air-defense reaction, constrict our space to carry out activities and shorten our warning time,” the report said.

David Stilwell, assistant secretary of state for East Asian and Pacific affairs, said in a speech to the conservative Heritage Foundation on Monday in Washington that the U.S. would “continue to help Taipei resist the Chinese Communist Party’s campaign to pressure, intimidate and marginalize Taiwan.” He said the annual economic dialogue would “explore the full spectrum of our economic relationship -- semiconductors, health care, energy and beyond -- with technology at the core.”

The talks will be led by Keith Krach, the undersecretary for economic growth, energy, and environment. Tsai’s decision to ease restrictions on American meat products drew criticism from Taiwan’s powerful pork lobby and suggested that she was willing to spend some political capital built up since her landslide reelection win in January on working to bolster U.S. economic ties.

“Reducing our overreliance on China is crucial to Taiwan’s future,” said Kolas Yotaka, a spokeswoman for Taiwan’s presidential office.