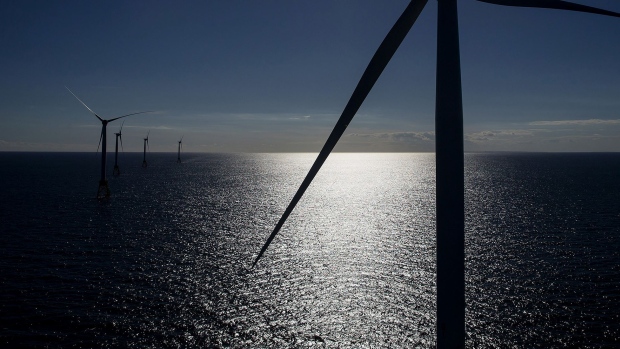 (Bloomberg) -- The U.S. plans to auction eight lease areas for offshore wind power in the shallow stretch of the Atlantic between New York’s Long Island and New Jersey.

The proposed sites offer the potential for as much as 7 gigawatts of electricity, enough to power more than 2.6 million homes, the Interior Department said in a statement Friday.

President Joe Biden has laid out an ambitious plan to deploy 30 gigawatts of offshore wind power by 2030, and this would be the first competitive offshore wind lease sale under his administration. Biden’s proposed infrastructure initiatives have stressed that shifting to clean energy will curb plant-warming greenhouse gases while also creating jobs to boost the economy.

Administration officials had already telegraphed plans for a sale of wind development rights in the so-called New York Bight, following years of deliberation over the region, which is prized by renewable developers but also home to some of the world’s richest scallop beds. The public now has 60 days to comment on the potential auction, which could happen as soon as later this year.

The move was celebrated by offshore wind advocates.

“As coastal states with massive populations and large economies, New York and New Jersey are integral to the development of American offshore wind,” Erik Milito, head of the National Ocean Industries Association, said in an emailed statement. “A lease sale not only opens a door to investment in New York and New Jersey, but will support jobs and businesses throughout the U.S.”