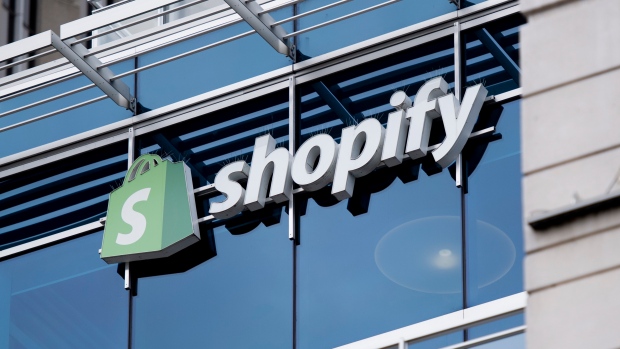 MONTREAL -- U.S. President Donald Trump's push to withdraw from an international postal treaty could have a big impact on Canadian e-commerce companies that ship small goods from China to the U.S.

The U.S. threat to exit the Universal Postal Union in October unless more balanced shipping fees with China and other countries can be reached this month means some online retailers in Canada may see direct-to-consumer delivery prices leap -- though e-commerce businesses that send products to the U.S. will remain largely unaffected.

The 145-year-old treaty, which sets the rates that 192 national postal services pay one another to complete deliveries, mandates wealthier countries to pay more than developing countries, including China.

The Trump administration's move for the United States Postal Service to set its own rates would affect drop-shipping -- which refers to retail deliveries made directly to the buyer from a manufacturer or wholesaler -- said Todd Coupland, an analyst at CIBC World Markets.

Many drop-shippers in the U.S. use Ottawa-based Shopify Inc. as their retail platform. A dip in deliveries and more shuttered online storefronts could dent Shopify's bottom line, which relies on payment-processing fees and user subscriptions.

"They get a percentage of that transaction. So if that transaction doesn't happen, then they wouldn't get that rate," Coupland said of Shopify, whose customer base includes many drop-shippers.

The structure of payments -- known as terminal dues -- under the postal treaty needs to be reshaped for 21st-century supply chains, said Dan Kelly, president of the Canadian Federation of Independent Business.

"If Canada, the U.S. and other developed nations are subsidizing postal services from China, that does seem unfair at this point," Kelly said, noting that domestic deliveries sometimes cost more than international ones.

"A lot of these kinds of decisions were structured when we were talking about making sure that letters from family members could get from one country to the other, but we're now in an environment of cutthroat international commerce where shipping goods through the mail is a pretty big deal for online companies," he said.

"Gone are the days here you have to go to the local hardware store to buy a missing part. You may be buying it from Amazon or Alibaba."

In an email, the U.S. Postal Service said it aims "to end the distortionary effects associated with excessively low rates for certain foreign origin mail" and supports the goal of the Trump administration to "secure a more balanced and fair remuneration system" for small goods shipments.

The federal agency said it will not leave the postal treaty if better terms are set before an "extraordinary congress" meets in late September.

Canada Post pointed to the nearly-40-year-old bilateral agreement with its southern counterpart that "covers all product flows north and south of the border" and takes precedence over the multinational postal convention. The agreement means North American shippers and their continental consumers would likely see delivery prices remain stable.

Canada Post declined to speak to its position on the U.S. demand for more balanced terminal dues, citing the "sensitive commercial nature" of the upcoming meetings.

A 2015 report from the U.S. Postal Service inspector general found that low terminal dues for China cost the agency about $300 million between 2010 and 2014.

Kelly stressed there are alternatives to the U.S. mail system for Chinese shippers. "I don't think that this is Armageddon here," he said. "But uncertainty is always the enemy of the business community, and this just throws another big matzo ball of uncertainty into the mix."

"As is the style in the U.S. at the moment, often there is a whole bunch of threats and bluster right at the beginning, and then there is a pathway for a negotiated resolution. I'm hoping it's in that category," he said.

Nonetheless, an American exit could jeopardize the existence of the Universal Postal Union, he added. "It would be severely tested."

Andrea Stairs, who heads eBay Canada and Latin America, told The Canadian Press that the thousands of Canadian "micro-businesses" that ship goods from China to countries around the world often use traditional shippers or private couriers rather than the U.S. Postal Service.

"Postal channels are more being used for smaller-volume shipments, a lot of business-to-consumer and maybe some business-to-business deliveries," she said, stating the impact of a U.S. treaty pullout would be limited.

Shopify did not respond to questions from The Canadian Press.