The U.S. poverty rate rose to 11.7 per cent in March, the highest level yet during the pandemic following an increase in the latter part of last year as many government benefits expired, a study showed.

The March 2021 estimates indicate that without additional aid many in the U.S. continued to suffer from the economic impacts from COVID-19, according to research released Tuesday by economists Jeehoon Han, from Zhejiang University, Bruce Meyer, from the University of Chicago, and James Sullivan of the University of Notre Dame. The projections didn’t capture benefits provided by the American Rescue Plan signed last month.

Their study showed that a decline in poverty levels through June last year can mostly be accounted for one-time stimulus checks issued at the beginning of the health crisis. The rates started rising again in the second part of 2020, particularly among Blacks, children and those with a high school education or less, the economists said.

Overall the poverty rate last month was 1.4 percentage points higher than in March 2020. The sharpest year-over-year increase was among Whites, from 8.7 per cent to 10.5 per cent. The rate for Blacks remains almost twice as high as that for Whites, even after falling during the year. 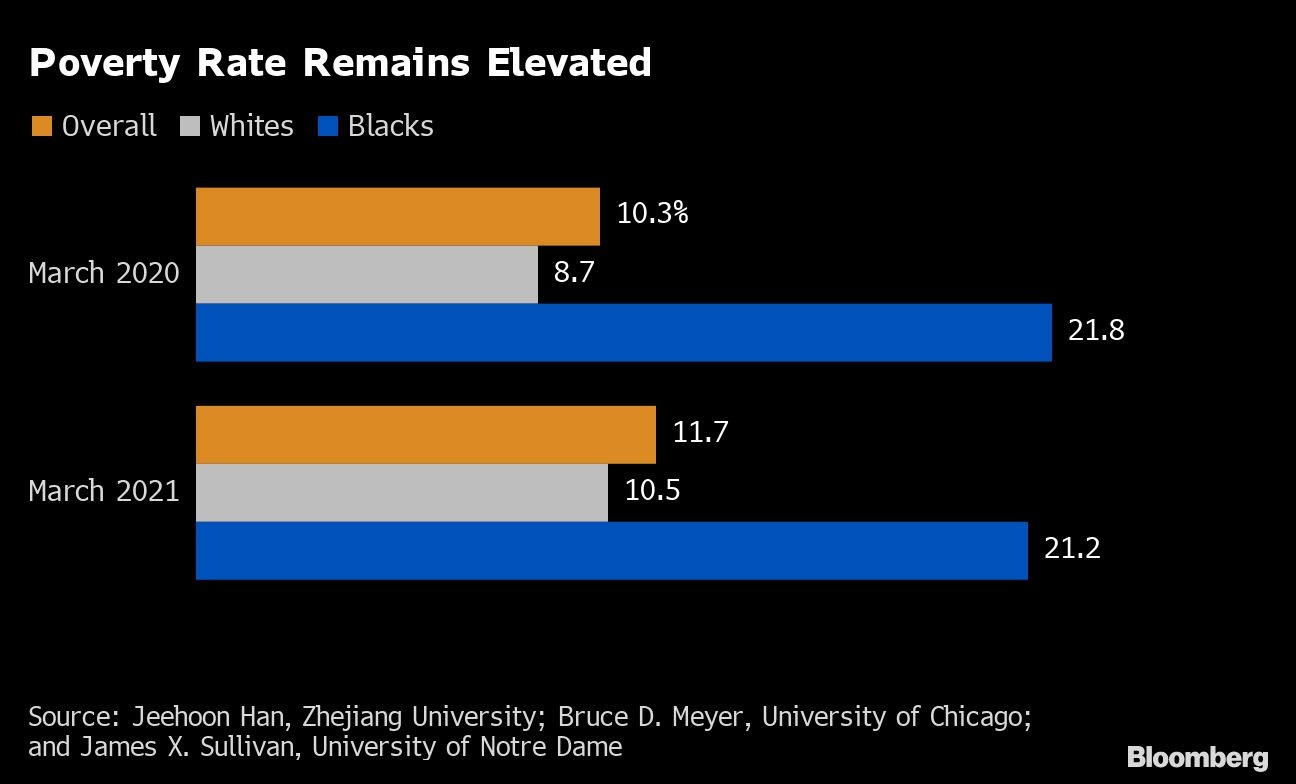 The American Rescue Plan, signed into law on March 11, provides additional stimulus payments of as much as US$1,400 per person as well as an extension of the US$300 Pandemic Unemployment Compensation payments to September. The latest poverty estimates are based on data collected during the third week of March before the vast majority of the payments were issued.

The monthly estimates in the study suggest that the annual Census Bureau tally due in September will be higher than the last official, pre-pandemic level of 10.5 per cent in 2019.

Since the start of the pandemic, more than 100 million claims for unemployment insurance have been filed.

But the number of applications for unemployment benefits plummeted for the week ended April 10 to the lowest since the pandemic began, indicating the labor market continues to thaw as local governments lift restrictions on business and activity picks up.