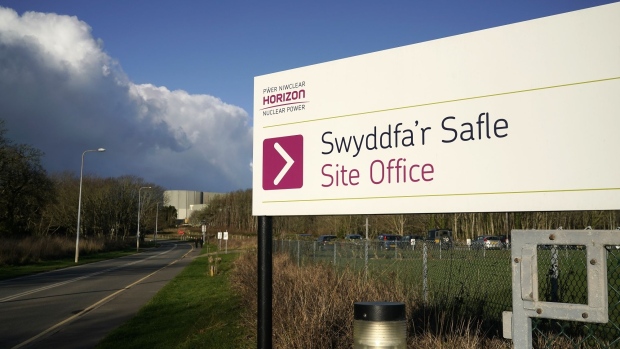 (Bloomberg) -- U.S. President Donald Trump’s government has put pressure on Japan’s Hitachi Ltd. not to sell a nuclear-power project in the U.K. to China, The Sunday Times reported, without saying where it got the information.

Hitachi is weighing options for the Horizon nuclear project in Anglesey, according to the report. The company said in January 2019 that it would halt work at the facility and book a loss of about $2.8 billion. The Japanese conglomerate’s board is set to decide in September on what to do with the plant, the Times said.

China General Nuclear Power Corp. is keen to buy the site in north Wales as part of its plans to build a fleet of nuclear reactors in the U.K., The Sunday Times said. The Chinese company is financing a third of the Hinkley Point C power station project in Somerset with France’s EDF; co-funding another in Suffolk; and wants to install Chinese-build nuclear reactors on the Essex coast, it reported.

The U.K. has become the latest battleground in the trade war between the U.S. and China, after Washington tried to curb the involvement of Shenzhen-based Huawei Technologies Co.’s role in Britain’s 5G phone network, according to the report.

The U.S. last week disclosed a list of 20 Chinese companies, including Huawei and China General Nuclear Power, it alleged are backed by the Chinese military, opening up them to possible sanctions.