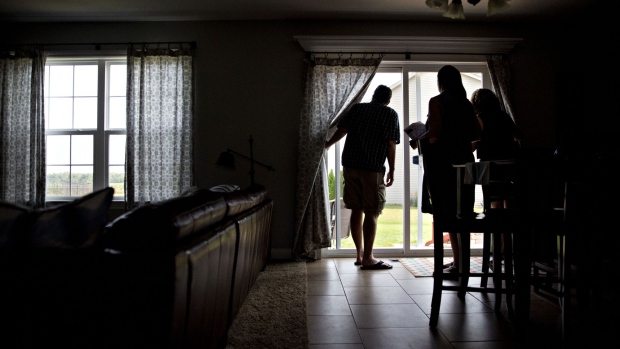 Sales of previously owned U.S. homes declined in June, missing estimates in the latest sign of weakness for the housing market as a limited supply of low- to mid-priced properties continued to restrain demand.

Contract closings dropped to 5.27 million annual rate, down 1.7 per cent from May’s upwardly revised pace, the National Association of Realtors said Tuesday. Economists surveyed by Bloomberg projected a 5.32 million pace. The median sales price rose 4.3 per cent from a year earlier to US$285,700. 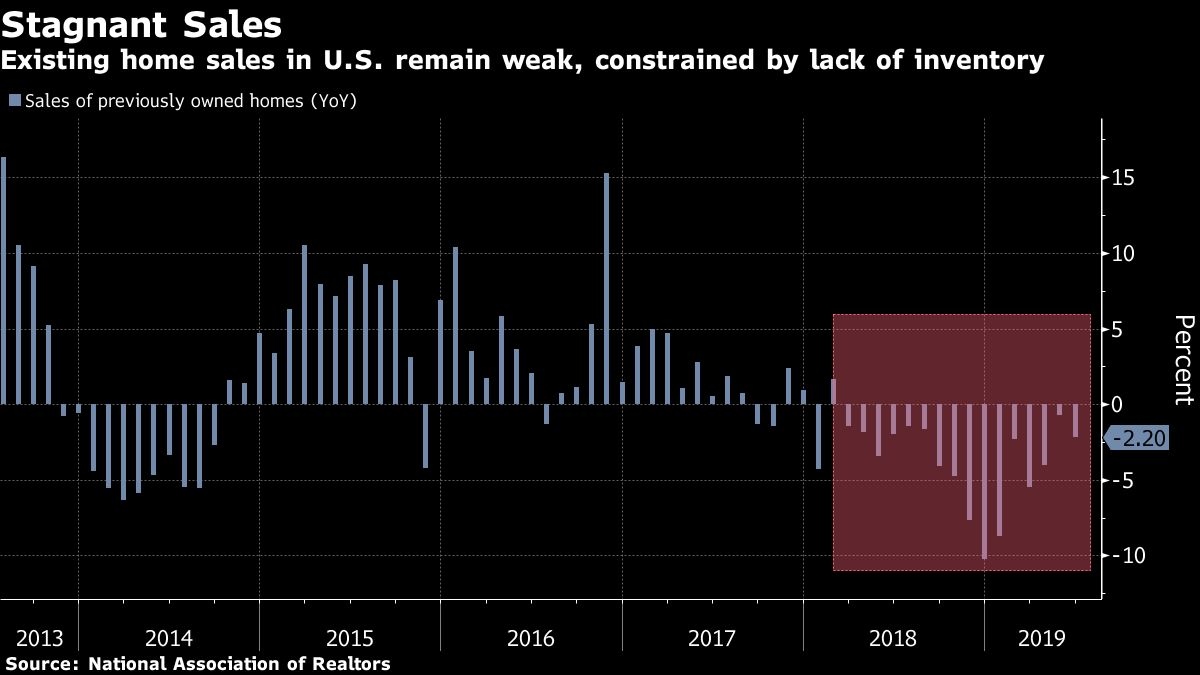 - Sales decreased 2.2 per cent from a year ago as a lack of affordable properties continues to weigh on the sector. While mortgage rates around the lowest level since 2017 have yet to spur a big boost to demand, consumers remain in a good spot with unemployment near a five-decade low and steady wage gains.

- The figures are consistent with recent data showing persistent softness in the housing sector after a weak 2018. Housing starts fell for a second month in June with permits at a two-year low, suggesting tight inventory may remain a headwind for buyers. Residential investment hasn’t contributed to gross domestic product growth since 2017, and second-quarter GDP data due Friday will show whether the housing market continued to be a drag on growth.

- Home purchases declined in the South, the biggest region, to the slowest rate since January. Sales fell to a three-month low in the West. They increased in the Midwest and Northeast.

- At the current pace, it would take 4.4 months to sell all the homes on the market, the highest since September and compared with 4.3 months in May; Realtors see anything below five months of supply as a sign of a tight market.

- First-time buyers made up 35 per cent of sales, up from 32 per cent the previous month.

- Existing-home sales account for about 90 per cent of U.S. housing and are calculated when a contract closes. New-home sales, which make up the remainder, are counted when contracts are signed and will be released Wednesday.