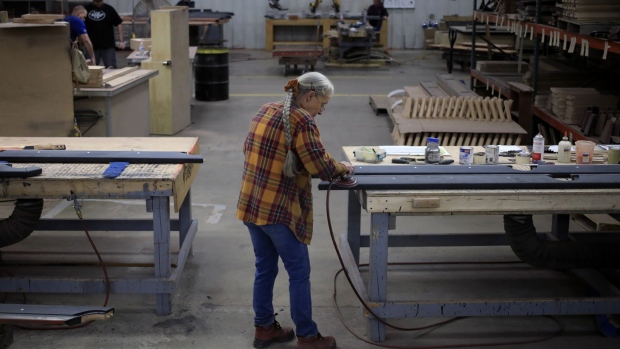 Prices paid to U.S. producers rose in April by more than forecast, adding to signs of a growing wave of inflationary pressure that’s extending to American consumers.

The producer price index for final demand increased 0.6 per cent from the prior month after a 1 per cent gain in March, according to data from the Labor Department Thursday. Excluding volatile food and energy components, the so-called core PPI advanced 0.7 per cent. 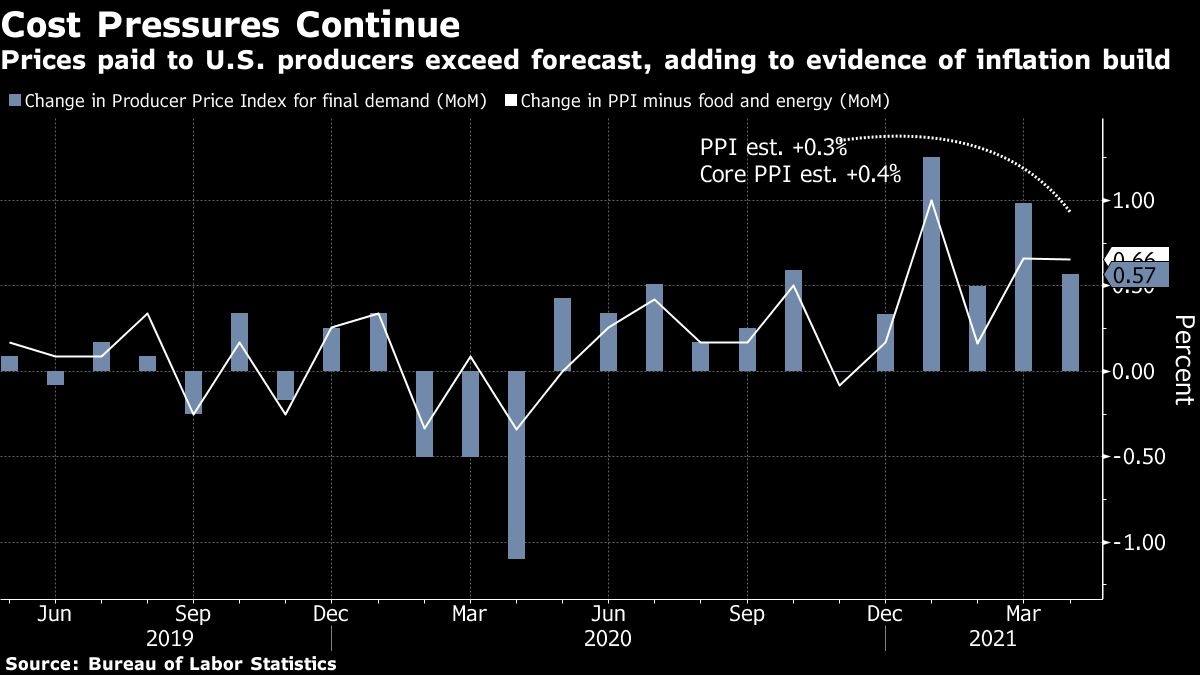 A Bloomberg survey of economists called for a 0.3 per cent monthly gain in the overall measure and a 0.4 per cent rise in the core figure. The April advance was broad across both goods and services. The S&P 500 rose in early trading, while the yield on the 10-year Treasury note eased.

As production costs continue to climb, a report Wednesday showed consumer prices are following suit, stoking the flames of an already heated debate about the path and durability of inflation that the Federal Reserve views as temporary.

The PPI tracks changes in production costs, and supply bottlenecks and shortages tied to the pandemic recovery have caused commodity prices to soar. At the same time, labor costs have begun picking up. Together, the increases represent a threat to profit margins unless companies pass along the higher costs and boost productivity.

Fed officials have said price pressures from pent-up demand and bottlenecks will likely prove temporary, but many others expect the pickup in inflation to prove more lasting.

“There is more inflation coming,” Luca Zaramella, chief financial officer at Mondelez International Inc., said on the food and beverage maker’s April 27 earnings call. “The higher inflation will require some additional pricing and some additional productivities to offset the impact.”

Wednesday’s data -- which showed the strongest monthly gain in the overall consumer price index since 2009 -- suggest companies are passing along at least some of the input-price inflation. The report also showed record monthly price surges in airfares and hotel stays, reflecting the impact from a broader reopening of the economy.

The annual advance in the overall PPI accelerated to a 6.2 per cent gain, a figure biased higher by the fact that it was compared to the very low reading seen in April 2020. The increase was the largest in data back to 2010.

A separate Labor Department report Thursday showed applications for regular state unemployment benefits declined for a second week, to a fresh pandemic low. A slew of states have recently announced intentions to stop federal pandemic relief programs prior to their expiry in September.

Producer prices excluding food, energy, and trade services -- a measure often preferred by economists because it strips out the most volatile components -- jumped 0.7 per cent from the prior month and increased 4.6 per cent from a year earlier.

While the advance was broad-based across goods and services, about two-thirds of the monthly gain can be attributed to the 0.6 per cent gain in prices for final demand services, the Labor Department said. The indexes for portfolio management, airline passenger services, food retailing, physician care and building materials and supply retailing all moved higher.

The advance in the goods index reflected an 18.4 per cent jump in prices received for steel mill products as well as increases in the prices for a variety of meat, residential natural gas, plastic resins and materials, and dairy products.