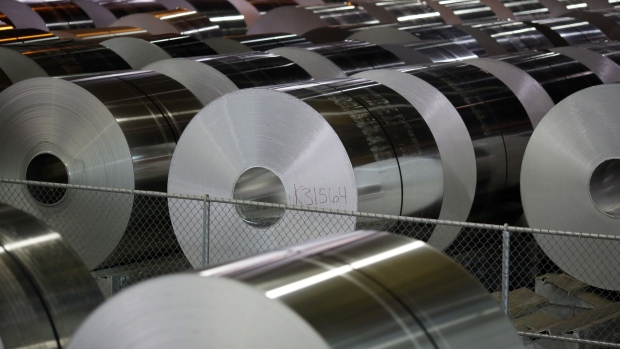 Rows of aluminum coils sit on the floor of the Arconic Inc. manufacturing facility in Alcoa, Tennessee, U.S., on Tuesday, Jan. 24, 2017. Arconic Inc. is scheduled to release earnings figures on January 31. , Bloomberg

(Bloomberg) -- The U.S. announced the removal of aluminum tariffs it slapped on Canada last month.

The decision comes a month after the administration reimposed 10% tariffs on some aluminum from Canada, citing a “surge” of imports coming from the country. During the summer, U.S. Trade Representative Robert Lighthizer expressed concern about recent struggles by American aluminum producers hurting from the flow of metal into the U.S.

Canada threatened a dollar-for-dollar retaliation that was expected to be announced Tuesday. All of this comes in the shadow of President Trump’s re-election efforts, in which major polls show him trailing Democratic nominee Joe Biden in key battleground states.