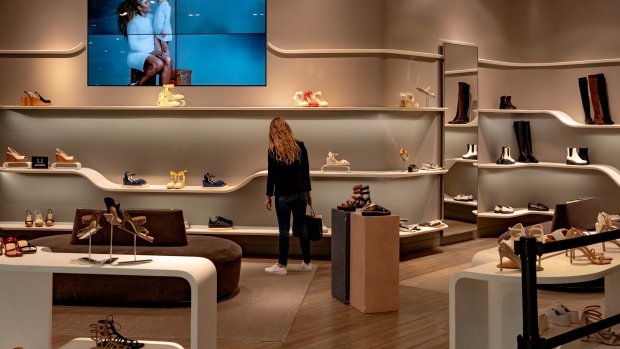 A shopper views shoes for sale at a store in New York. Photographer: Amir Hamja/Bloomberg , Bloomberg

U.S. retail sales declined in May, after a stimulus-related splurge in the prior two months, suggesting consumers are starting to shift more of their spending to services as the economy reopens.

The total value of retail purchases fell 1.3 per cent in May following an upwardly revised 0.9 per cent gain in April, Commerce Department figures showed Tuesday. The median estimate in a Bloomberg survey of economists called for a 0.8 per cent decrease. 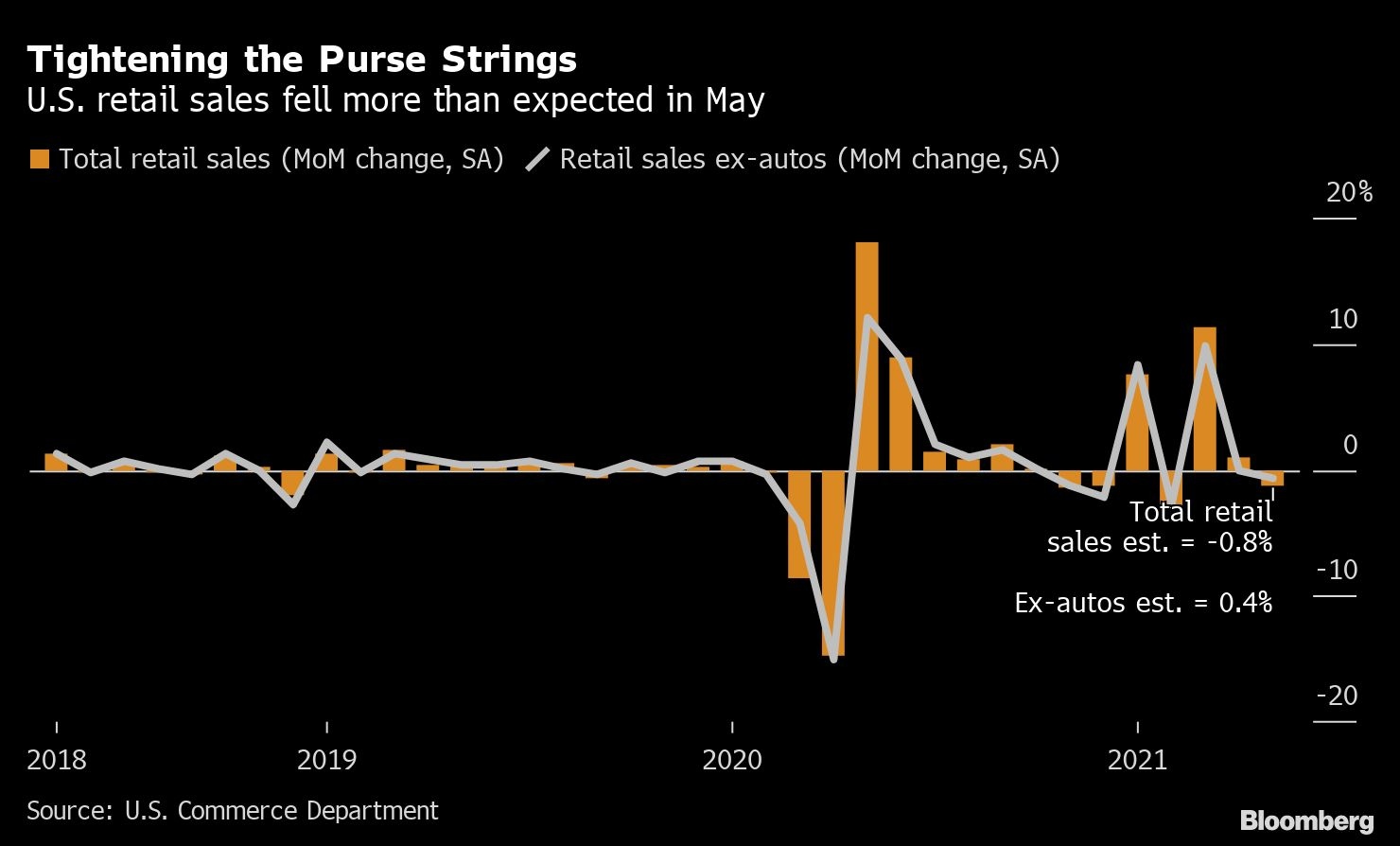 For the last year, demand for goods has been propped up by elevated savings supported by fiscal stimulus, bringing total retail sales well above pre-pandemic levels. The May decline in retail sales suggests that as travel picks up and entertainment venues reopen, spending on goods is starting to moderate.

U.S. stocks declined from all-time highs and the 10-year Treasury yield was little changed after the report.

The total value of retail sales was US$620.2 billion in May, well above the almost US$526 billion in February 2020, before the pandemic.

The sales data precede Wednesday’s conclusion of the Federal Reserve’s two-day policy meeting. Investors and economists will be watching to see whether the Fed adjusts its outlook for scaling back monetary support as price pressures build and areas of the economy -- like spending -- improve more quickly than expected.

While consumer spending is expected to continue strengthening, the pace will probably moderate as enhanced unemployment benefits expire and stimulus checks are spent. A sustained pickup in inflation may also cause consumers to limit discretionary expenditures.

A separate report last week showed that prices paid by consumers rose in May by more than forecast. Growth in producer prices also exceeded projections, according to Labor Department data on Tuesday.

Economists estimate a robust pace of overall household outlays in the second quarter before a moderation in the second half, according to Bloomberg survey data. Retail sales in the three months through May have increased at a 57 per cent annualized rate.

Restaurant sales rose 1.8 per cent in May, underscoring consumers’ shift toward services spending as social distancing restrictions ease and health concerns decline. The retail sales data don’t include figures on other services categories like travel and accommodation.

Sales at clothing stores rebounded 3 per cent in May, reflecting the reopening of many offices and the pickup in social activity.

So-called control group sales, which exclude more volatile categories including food services, car dealers, and gasoline stations, fell 0.7 per cent in May after a revised 0.4 per cent decrease in April.