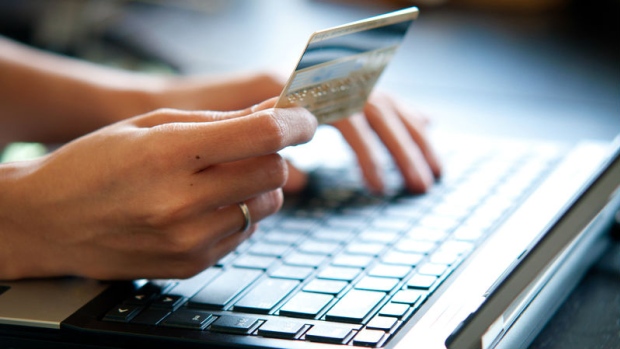 U.S. retail sales advanced in August by more than forecast as Americans hit auto showrooms and kept shopping online, signaling consumers will continue to buoy an economy beset by risks from trade and global weakness.

The value of overall sales rose 0.4 per cent from the prior month after an upwardly revised 0.8% increase in July, Commerce Department figures showed Friday. The median estimate in a Bloomberg survey called for a 0.2 per cent advance.

Spurred by a resilient labor market and income gains, the consumer remains the chief source of firepower for economic growth that’s slowed amid fragile global demand, uncertainty surrounding trade policy and lackluster factory output. The report suggests another solid quarter of household consumption, which grew in the April-June period at the fastest pace since 2014.

In their effort to preserve the longest-running U.S. expansion, Federal Reserve policy makers reduced their benchmark interest rate by a quarter point in July. They’re projected to lower it again next week as a bulwark against the possibility that sluggish global demand and weaker trade spill over into the domestic economy more broadly.

Trade tensions showed some easing this week, with China saying earlier Friday that it’s encouraging companies to buy U.S. farm products including soybeans and pork. The two sides are set to resume face-to-face discussions in coming weeks. Improved chances of an agreement have helped return U.S. stocks to near a record high, even after President Donald Trump imposed levies on a wide range of Chinese goods as of Sept. 1.

Separate data released Friday underscored the implications on prices from the slowing in world trade markets and a strong dollar. The Labor Department’s index of import prices fell two per cent in August from a year earlier, matching the biggest decline since 2016. Excluding petroleum, the cost of imports was down one per cent.

While the retail sales report was solid overall, some of the details were more mixed: Seven of 13 major categories showed monthly declines, including restaurants, which posted the biggest drop in almost a year.

Food and beverage sellers, general-merchandise stores and clothing vendors also fell. The gain in the control group was the smallest in six months.

On the positive side, spending at automobile and parts dealers climbed 1.8  per cent from the prior month, the most since March, after increasing 0.1  per cent in July. Industry data from Wards Automotive Group previously showed August unit sales rose 0.9 per cent after falling in July to a three-month low.

Non-store sales, which includes online shopping, jumped 1.6  per cent. The category posted a 1.7  per cent gain in July amid Amazon.com Inc.’s 48-hour Prime Day event, which the company said surpassed sales from the previous Black Friday and Cyber Monday combined. The promotion, now in its fifth year, likely drove comparison shoppers to rivals like Walmart Inc. and Target Corp.

Filling-station receipts decreased 0.9%, the report showed, after gasoline prices dropped 3.5  per cent in Thursday’s consumer-price data. The retail figures aren’t adjusted for price changes, so sales could reflect changes in gasoline costs, sales, or both.

Excluding automobiles and gasoline, retail sales rose 0.1  per cent, after a 0.9  per cent gain the previous month.