Inflation will be stubbornly high this year: Scotiabank’s Jean-Francois Perrault

Growth in U.S. retail sales slowed in February after surging a month earlier, suggesting that consumers tempered their spending in some categories as inflation limited purchasing power.

The value of overall retail purchases increased 0.3 per cent, after an upwardly revised 4.9 per cent gain in January, Commerce Department figures showed Wednesday.

The February advance was led by a 5.3 per cent jump in spending for gasoline. Excluding gas stations, sales fell 0.2 per cent last month. The figures aren’t adjusted for inflation. 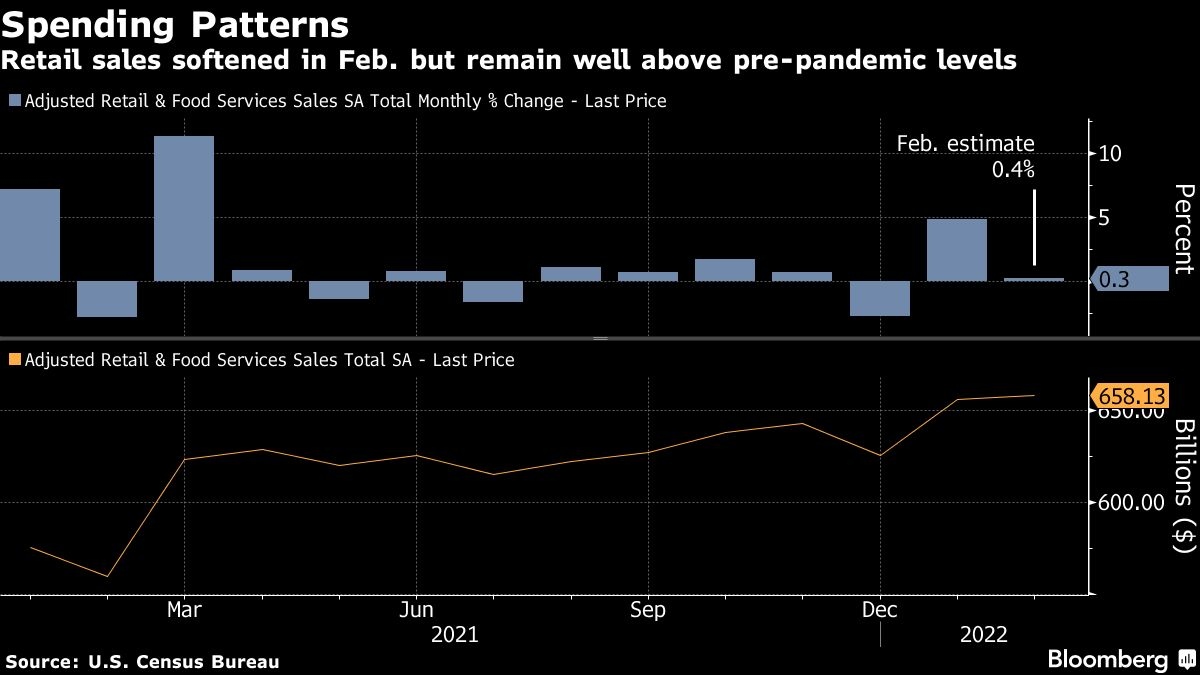 For Federal Reserve policy makers, the retail figures suggest only a modest change in consumer spending behavior against a backdrop of soaring inflation that may worsen in the months ahead. Russia’s invasion of Ukraine has sent gasoline prices to a record and is adding to cost pressures more broadly through soaring commodities.

Even so, American households are on solid footing with the unemployment rate at 3.8 per cent and disposable income rising throughout much of the pandemic.

The figures come ahead of a Fed rate decision later Wednesday where policy makers are expected to raise the federal funds rate for the first time since 2018 in an effort to curb the hottest inflation in 40 years. At the same time, Fed officials need to be cognizant of the impact on economic growth from even higher prices.

The median estimate in a Bloomberg survey called for a 0.4 per cent gain in overall retail sales from the prior month. Inflation-adjusted consumer spending data for February that includes services will be released on March 31.

Seven of the 13 retail categories showed growth last month. Outside of gas stations, restaurants and bars, motor vehicle dealers and hobby stores also rose. Non-store retailers, the second-largest sales category and volatile from month to month, pulled back after surging at the start of the year.

So-called control group sales -- which are used to calculate gross domestic product and exclude food services, auto dealers, building materials stores and gasoline stations -- fell 1.2 per cent in February from a month earlier. At the same time, the decline followed a sharp 6.7 per cent surge in January.