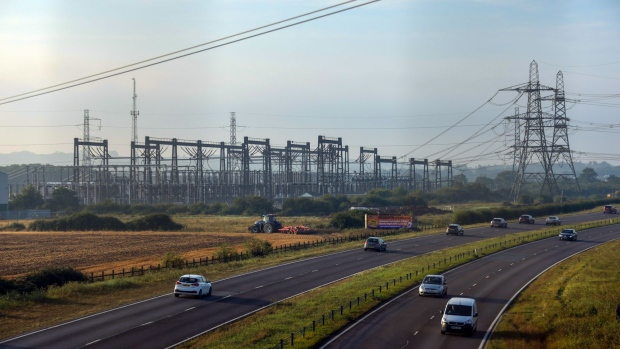 (Bloomberg) -- Surging natural gas prices in Europe have raised serious concerns about supply reliability in the region and should prompt a response by the U.S., according to Energy Secretary Jennifer Granholm.

Speaking virtually from Poland on Wednesday, Granholm said the U.S. and the European Union had to be prepared to “stand up” when there are energy-producing nations who may be “manipulating supply to benefit themselves.” She didn’t specify what actions the U.S. government might consider taking.

Her comments follow those made Monday by Amos Hochstein, a senior adviser for energy security at the State Department. He told Bloomberg News that supplies of gas from Russia to Europe were “inexplicably low.” A group of lawmakers in Europe have called for an investigation into the role that Russia-owned Gazprom PJSC may be playing in the price spikes.

A shortage of natural gas has left Europe grappling with an unprecedented rise in prices, forcing some factories to shut down and raising concerns about some countries’ ability to secure fuel for heating as weather gets colder. The energy crisis has also hijacked talks about the block’s ambitious plan to reach climate neutrality.

“We want to all have our eye on the issue of any manipulation of gas prices by hoarding or the failure to produce adequate supply,” Granholm said, without naming any specific suppliers. “We’re looking at this very seriously, and we are united with our European allies in making sure you get adequate, affordable gas supply for this winter.”

A group of lawmakers across political groups in the European Parliament are calling for the European Commission to investigate the role of Russia-owned Gazprom PJSC in the shortages, saying they suspect market manipulation. The International Energy Agency called on Russia to supply more natural gas to Europe. U.S.’s Hochstein said Russia is trying to use the energy crisis to strengthen its case for the Nord Stream 2 gas pipeline project, which U.S. President Joe Biden opposes.

Supplies of natural gas have also fallen in the U.S. after a decade of wild spending by shale producers which led to excess supplies and plunging prices, pushing many producers into bankruptcy.