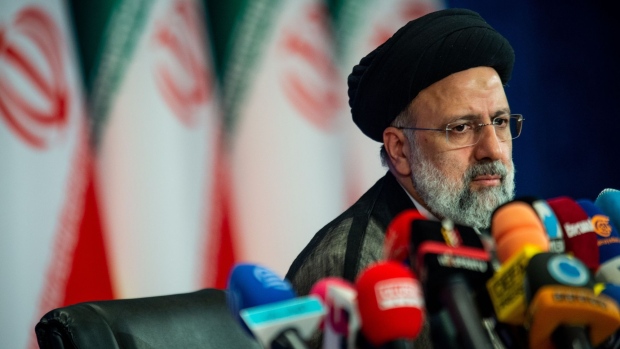 The top American negotiator in the Iranian nuclear talks said Washington is prepared to make compromises “on difficult issues” if Tehran does the same.

In a sign the U.S. recognizes the shift to hardline politics in Iran following the election of Ebrahim Raisi as president, Robert Malley said on Wednesday he hopes Iran returns to the negotiating table “with a realistic approach.”

The talks -- to revive a 2015 accord that limited Iran’s nuclear program in return for U.S. sanctions relief, including on oil exports -- have stalled since June. The U.S., European Union, Russia and other powers are waiting for Raisi to say when diplomats can start a seventh round of negotiations in Vienna.

Malley’s comments came as Israeli Prime Minister Naftali Bennett prepares to meet Joe Biden in Washington on Thursday. Bennett will put pressure on Washington to abandon the talks. Israel has long said the nuclear accord gives Iran the ability to build an atomic bomb more easily.

Bennett, prime minister since June, said he’ll present an “orderly plan that we have formulated in the past two months” and which will curb Iran’s atomic activities and its “regional aggression.”

Amirabdollahian will steer the talks when they resume and has stressed that Iran’s fate “won’t be tied to the nuclear deal,” as it prioritizes mending relations with Arab neighbors and building trade ties in Asia.

Oil snapped a three-day rally, with Brent crude dipping 0.3% to $72 a barrel in early trading on Thursday.

While traders are wary of a resurgence in Covid-19 cases, shrinking U.S. stockpiles, a rebound in Indian demand and China’s containment of its latest outbreak are providing some positive signs for the market. Crude prices are still up around 10% this week.

With the nuclear talks stalling, oil investors have reduced their expectations of Iran returning to global oil markets this year. Should there be a deal, many expect Tehran to be able to boost production by around 1 million barrels a day within months.

Sept. 1: OPEC+ meets to discuss whether to push ahead with a planned oil-production increase in October