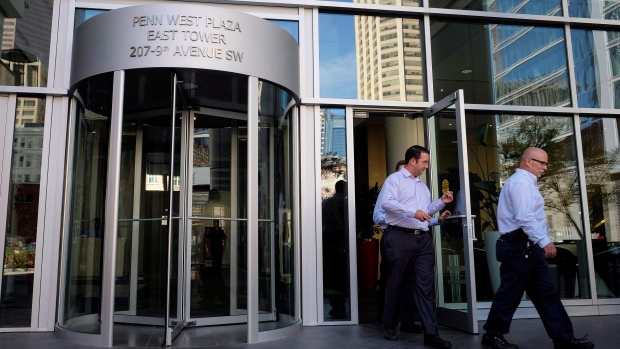 The U.S. Securities and Exchange Commission alleged that Penn West Petroleum, which changed its name earlier this week to Obsidian Energy, had moved hundreds of millions of dollars from operating expense accounts to capital expenditure accounts.

That maneuver, the SEC said, artificially reduced the company's operating costs by as much as 20 per cent at times, and improved metrics for oil extraction efficiency.

The company issued a statement saying the lawsuit is based on "historic" accounting practices that were discovered and reported to the SEC in July 2014.

The company restated its financial statements in September that same year.

"We are naturally disappointed that the SEC has chosen to pursue these past matters which we reported to them and fully remediated years ago," Chief Executive Officer David French said.

"This is particularly true since the employees involved in the matters have long since left the company," he added.

The SEC said the three had manipulated operating expenses to lower a key metric related to the cost of oil extraction.

Grab, the SEC said, is cooperating with the agency and has agreed to settle the case without admitting or denying wrongdoing.

Richard Albert, an attorney for Takeyasu, said his client is confident that "the SEC's claims against him are meritless and he looks forward to defending this case vigorously and prevailing in court."

Attorneys for Curran and Grab could not be immediately reached for comment.

Separately, the SEC said on Wednesday that two of the company's other former CEOs had reimbursed the company for cash bonuses and stock awards. Neither were found to have engaged in any misconduct.

The company said it does not expect the litigation to "materially alter" its business activities.

The SEC said it is seeking to claw back bonuses awarded to Takeyasu, as well as banning him and Curran from serving in officer or director roles, among other penalties. Grab is cooperating with the regulator and has agreed to a settlement, without admitting or denying allegations, that permanently suspends him from serving as an accountant before the SEC.