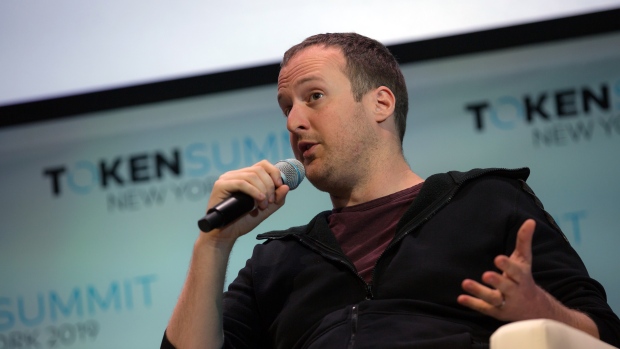 The U.S. Securities and Exchange Commission sued Kik Interactive Inc. for illegally raising US$100 million through a 2017 digital-token sale, in one of its highest profile cases targeting a company for not registering an offering with the regulator.

After losing money for years on its sole product, an online-messaging application, Kik raised more than US$55 million from U.S. investors by selling a digital token called Kin without the proper disclosures, the SEC said in a Tuesday court filing. The agency is seeking unspecified monetary penalties.

“Companies do not face a binary choice between innovation and compliance with the federal securities laws,” said Steven Peikin, co-head of the SEC’s enforcement division.

Kik was among the biggest initial coin offerings in the past two years and has prominent backers. Venture capitalist Fred Wilson defended the Kin digital currency in a blog post, saying it is not a security.

Kin recently launched a crowdfunding site called DefendCrypto.org to raise money to fight back against an SEC investigation into the firm, and the agency’s broader crackdown on ICOs. On the site, Kin says it has raised US$4.8 million to resist SEC actions “that set a dangerous precedent and stifle innovation.”

An attorney for Kik didn’t immediately respond to a request for comment.

The SEC has been sounding the alarm over ICOs for years, arguing that the sales are likely securities that must comply with federal rules. The regulator has warned individual investors of the risks in buying the tokens, cautioning that scammers might be using them to lure investors into frauds.

In late 2016 and early 2017, “Kik faced a crisis,” according to the SEC filing. “Fewer and fewer people were using Kik Messenger. The company expected to run out of cash to fund its operations by the end of 2017, but its revenues were insignificant.”

Then the company decided to do an ICO, in what a board member called “a hail Mary pass,” according to the filing. Its Kin token currently trades at less than a third where it did when the cryptocurrency first began trading, according to CoinMarketCap.com.

Many in the cryptocurrency community believe the case could help clarify when a token will be considered a security and subject to SEC regulations.