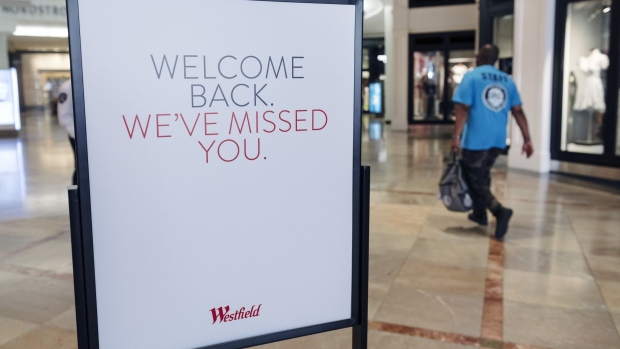 Sentiment among U.S. consumers improved last week, driven by more positive outlooks among men and Republicans as ratings of the national economy rose despite a surge in new COVID-19 infections.

The Bloomberg Consumer Comfort Index advanced 1.4 points to 44.3 for the week ended July 12, the highest reading since mid-April, according to data released Thursday. The national-economy measure jumped 2 points, matching its best five-week run since February 1998, but still stands well below its pre-pandemic peak reached earlier this year. The gauges of personal finances and the buying climate improved slightly.

The slow return to pre-outbreak levels signals that while consumers are more confident about the economy than earlier in the pandemic, they remain cautious about spending.

Sentiment among Republicans improved but eased for Democrats. The political divide widened to 22.1, the second-biggest difference in favor of Republicans since mid-April. The index measuring the outlook for men surveyed gained 2.8 points, while it stayed the same for women.