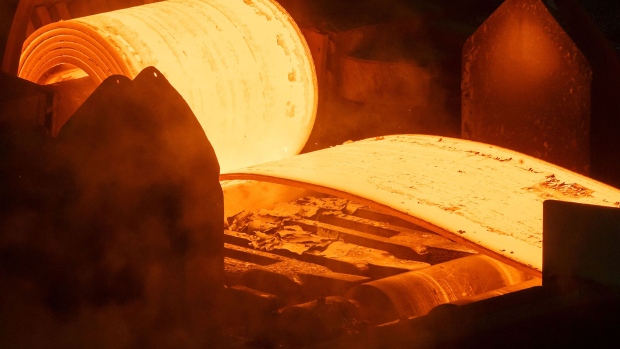 (Bloomberg) -- Canada may be facing the threat of U.S. tariffs on steel in addition to aluminum, if Ontario’s leader is correct.

Premier Doug Ford raised the specter of levies on Canadian steel Friday during a press conference in Toronto, in which he blasted U.S. President Donald Trump for backstabbing a close trading partner and ally by imposing aluminum tariffs.

Ford said he had a conversation with Canada’s Deputy Prime Minister Chrystia Freeland earlier to discuss tariffs imposed by the U.S. and encouraged her to put retaliatory tariffs on “as many goods as possible.”

Trump announced Thursday his administration plans to reimpose a 10% tariff on some Canadian aluminum imports as of Aug. 16, hitting its trade partner just weeks after the president’s landmark North American trade agreement went into effect.

In response to the aluminum levies, Freeland released a list of more than 60 U.S. products containing the lightweight metal that could face higher tariffs, but vowed not to escalate the situation beyond what she said was dollar-for-dollar equivalent duties, totaling C$3.6 billion ($2.7 billion) in goods.

Freeland, who was the Trudeau government’s lead minister on the renegotiation of the free trade pact, branded the U.S. administration the most protectionist in U.S. history at a morning press conference in Ottawa. She declined to answer twice when asked about Ford’s comments, saying potential steel tariffs are a question for the U.S. government.