A market correction of 15% would not be surprising: Manulife’s Michael Scanlon

Stocks rose as a report showing the fastest inflation in about four decades was roughly in line with market expectations, with traders keeping their bets on a rate hike in March.

The bond market reaction to the inflation data was fairly muted in part because yields have already surged since the start of the year, with traders bracing for the Federal Reserve to begin raising rates. Ahead of the report, positioning in the broad Treasury market was the most net-bearish since late 2017, according to the latest survey by JPMorgan Chase & Co.

The U.S. economy grew at a modest pace in the final weeks of last year, but businesses’ expectations for growth over the next several months have cooled in some places, the Fed said in its Beige Book survey. During a Wall Street Journal Live event streamed on Twitter, Fed Bank of Cleveland President Loretta Mester said “the case is very compelling that we remove accommodation.” 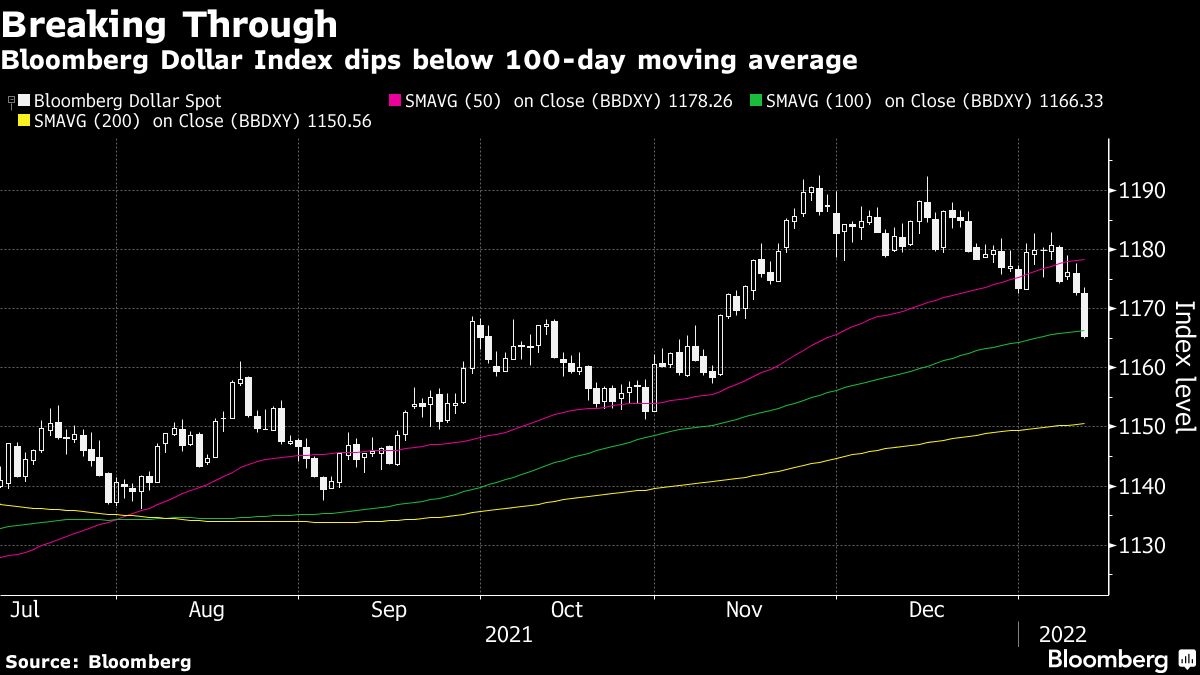