U.S. stocks ended a tumultuous session higher with major benchmarks notching records as investors attempted to assess the contours of a partial deal reached between the U.S. and China.

Stocks swung between gains and losses throughout the day, while Treasuries surged as neither side delivered enough details to calm investors who sent shares to records Thursday on reports fresh tariffs due Sunday have been averted.

President Donald Trump confirmed as much Friday, but it remained unclear whether China agreed to enough agricultural purchases or if the U.S. had planned to roll back some existing tariffs.

The S&P 500 eked out a gain, rising for the ninth week out of the last 10, after Trump signaled he’d cut in half the tariffs that took hold in September. The U.S. will maintain levies that began in the spring. The 10-year Treasury yield fell below 1.82 per cent. 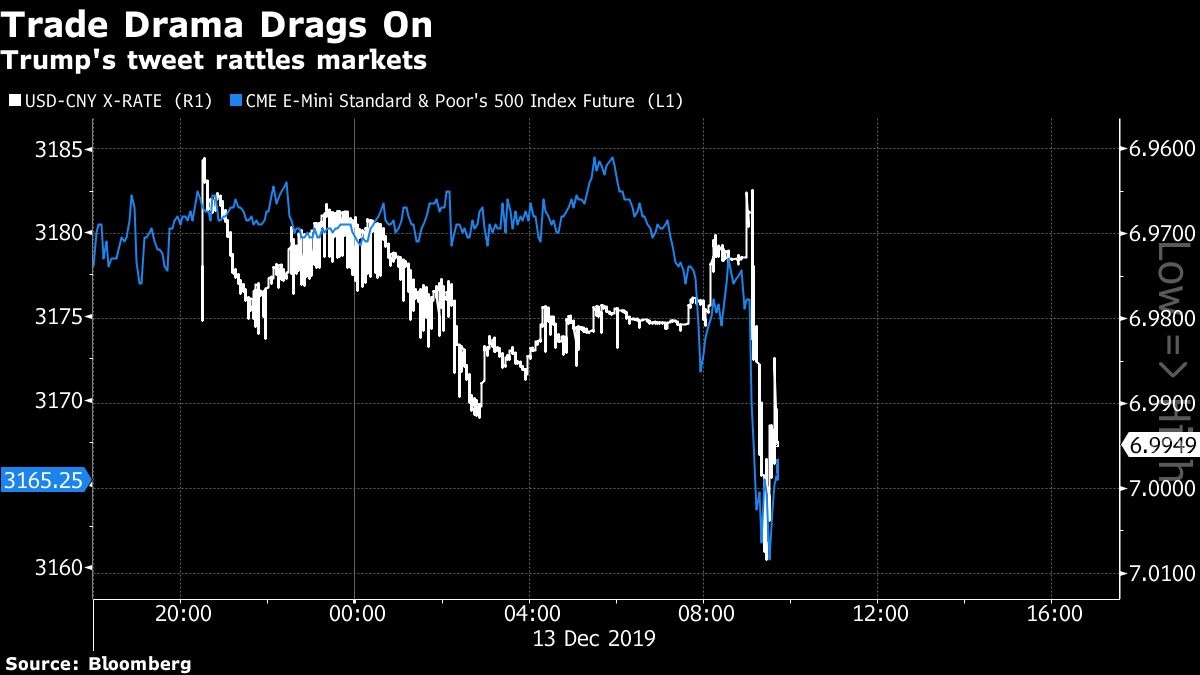 “Both sides now seem to be negotiating in public,” Matt Maley, an equity strategist at Miller Tabak & Co., said. “The uncertainty makes it impossible to make concrete investment decisions. These negotiations have turned into a circus.”

The fresh trade headlines overshadowed the U.K. election that puts the country on track to leave the European Union next month. The FTSE 100 index rose more than 1 per cent and the pound surged.