Key issues like demand destruction are not addressed: Strategist

Stocks retreated on concern that inflation could pose a challenge to the global economic rebound, forcing central banks to raise interest rates sooner than expected.

Traders took some risk off the table as data showed new U.S. home construction slowed down -- suggesting builders are struggling to break ground on projects amid high materials prices and ongoing labor shortages. Target Corp. sank after warning that cost pressures are creeping up, stoking fears that inflation will dent profits at big retailers. Meantime, home-improvement giant Lowe’s Cos. lifted its sales forecast for this year and reported stronger-than-expected revenue.

Bond traders are bracing for a key test as the Treasury looks to sell its first long-dated debt since inflation worries spooked buyers at last week’s 30-year auction. The widely watched 5-to-30 year yield curve steepened for a fourth day as long-end rates rose heading into the day’s 20-year debt auction, while short-end rates dipped slightly.

Markets could face a rocky time ahead as the global economy seeks to emerge from the abrupt impact of the pandemic, according to Goldman Sachs Group Inc. Chief Executive Officer David Solomon. In case interest rates move up, that “will take some of the exuberance out of certain markets,” he said in an interview at the Bloomberg New Economy Forum in Singapore. 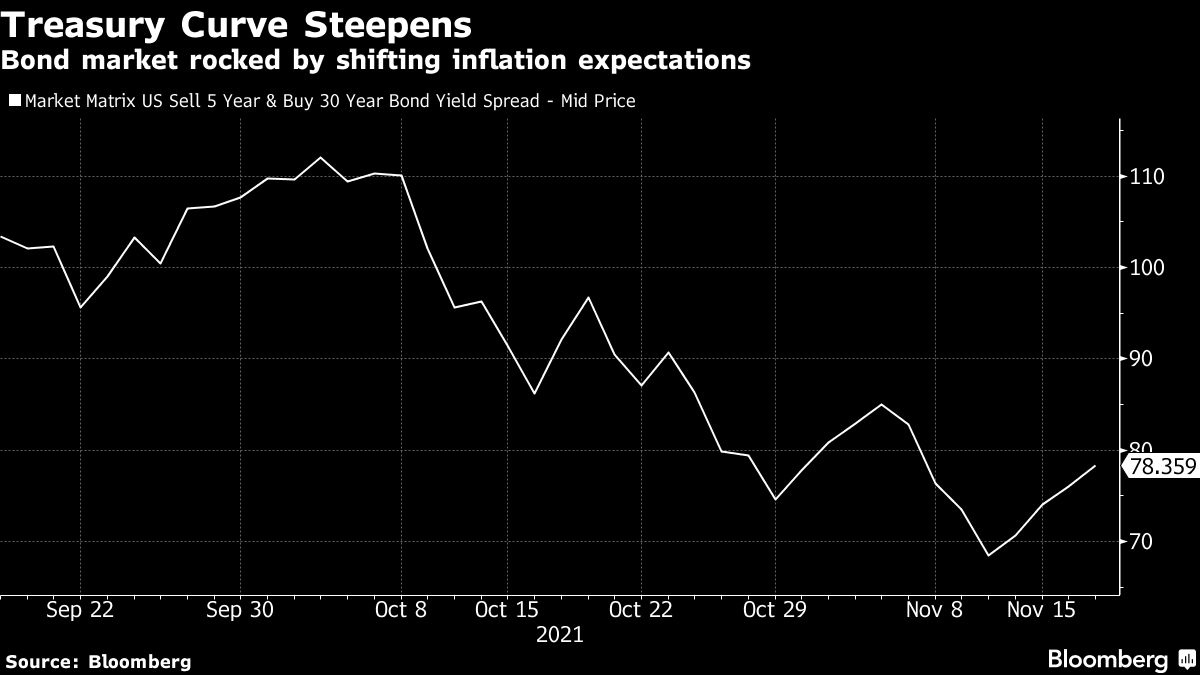