Stocks sell off on U.S.-Iran crisis

The S&P 500 rose for the third time in four sessions, erasing early losses, as investors looked past geopolitical tensions and toward the resilience of the U.S. economy. Amazon Inc. and Google-parent Alphabet Inc. paced the advance.

The risk-off rally that started Friday, sparked by the U.S.-Iran conflict, lost momentum Monday. Gold retreated from the highest in more than six years and the yen fell from a three-month high versus the dollar, while 10-year Treasury yields rose to above 1.80 per cent. 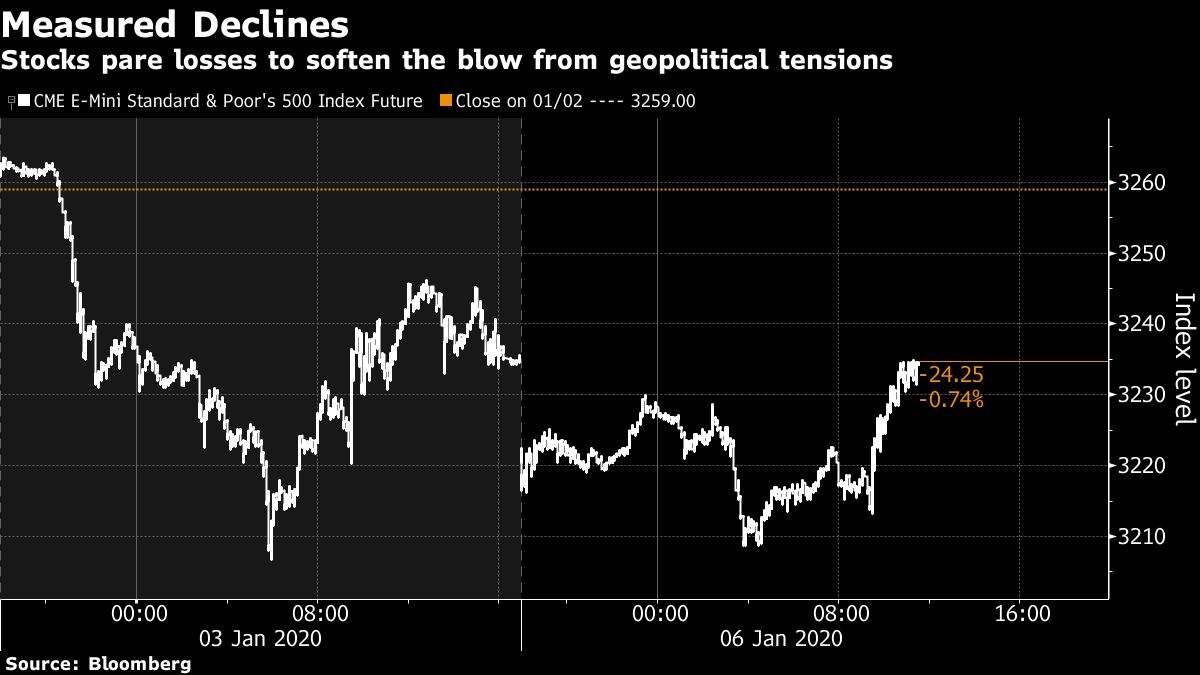 Oil also pared gains, which reached the highest since April, to trade below US$63 a barrel in New York.

“It’s wait-and-see mode here,” said Steve Chiavarone, a portfolio manager with Federated Investors. “How much, if at all, do things escalate with Iran and does it ultimately impact the global economic outlook? Right now, not so much. Could it change? Sure.” What will be the biggest risk to markets in 2020?

The risk-off sentiment spurred by the sudden escalation of tensions in the Middle East last week ebbed Monday as investors refocused on improving trade and better economic numbers. But the uncertainty surrounding Iran’s potential reaction to the U.S. airstrike still hung over markets.

These are moves in major markets: