Tech shares led a rout in U.S. stocks while the selloff in global bonds deepened, with the benchmark Treasury yield spiking to a one-year high and debt from the U.K. to Australia coming under pressure.

The Nasdaq 100 tumbled 3.6 per cent, the most since October, as investors rotated away from pandemic-era winners toward companies poised to benefit from an end to lockdowns. About 10 stocks fell for every one that gained on the S&P 500. Cathie Wood’s ARK Innovation ETF extended its decline, leaving it 15 per cent lower for the week. Stocks popular with the day-trader crowd surged once again, with GameStop Corp. doubling at one point before ending 19 per cent higher.

Ten-year Treasury yields spiked after tepid demand at an auction for government bonds, surging as much as 23 basis points to 1.6 per cent, the highest since last February. The increase forced a crucial group of investors such as holders of mortgage securities to sell Treasuries, which in turn led to further increases in yields. 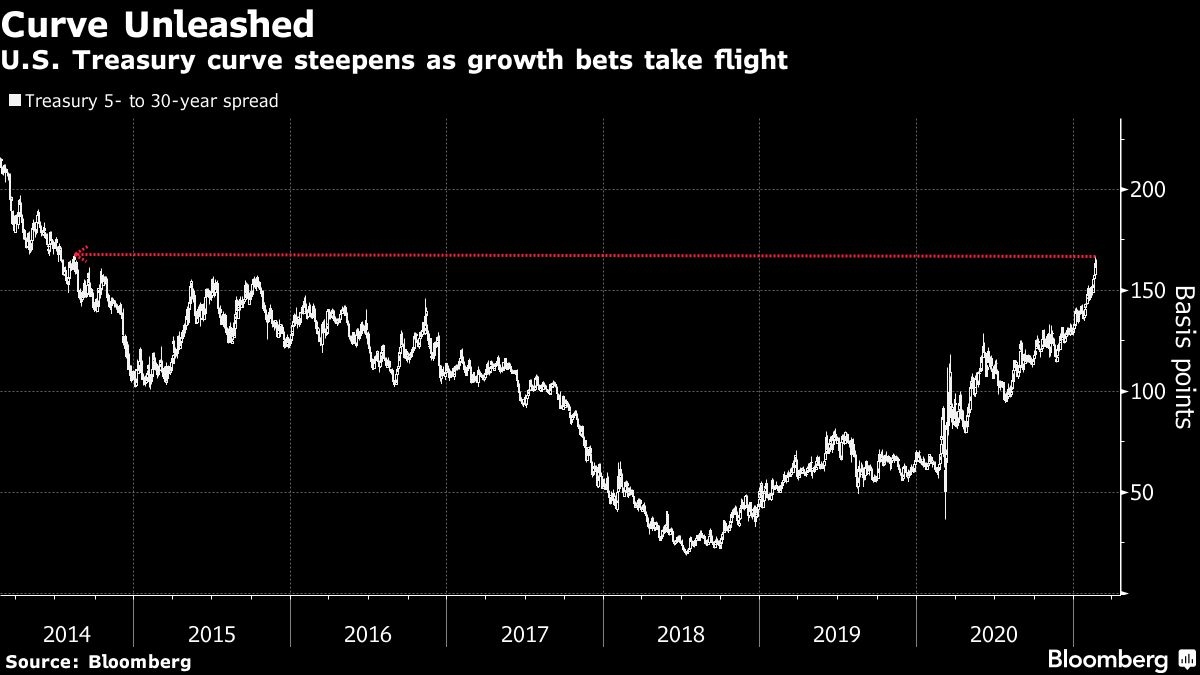 Across markets, investors are betting on a sunnier outlook for the global economy, with U.S. jobless claims data the latest to support that idea. But some traders worry that resurgent growth is already priced into stocks, and they’re staring down the risk that accelerating inflation is just around the corner, a development that would dent the appeal of equities.

“It’s all about interest rates,” said Randy Frederick, vice president of trading and derivatives for Schwab Center for Financial Research. Tech “has been a relative outperformer. As it led on the way up, it will likely lead on the way down too.”

In remarks this week, Federal Reserve Chairman Jerome Powell offered reassurance that policy would continue to be supportive and look beyond a temporary pick-up in inflation, especially from a low base.

That’s given the bond market enough reason to keep driving yields higher. The 10-year U.S. yield adjusted for inflation rose to its highest level since June, a warning sign for riskier assets that have benefited from exceptionally loose financial conditions amid the pandemic.

- These are some of the main moves in markets: