U.S. stocks fell in the final minutes of trading a day after registering the biggest slide in four months as traders assessed risks from China’s crackdown on the real-estate sector and this week’s Federal Reserve meeting.

The S&P 500 had whipsawed investors through the session after opening broadly higher, which had initially suggested some improvement in sentiment after concerns about fallout from China Evergrande Group’s debt woes roiled global markets Monday. The industrial, communication services and utilities sectored weighed on the benchmark index. Disney slumped the most since May after the company forecast slower subscriber growth. Futures extended declines in after-hour trading as economic bellwether FedEx Corp. cut its full-year earnings forecast.

“Investors remain on the edge of their seats as they await tomorrow’s update from the Fed as well as details around if and how the Chinese government will respond to the Evergrande crisis,” said Adam Phillips, managing director of portfolio strategy at EP Wealth Advisors.

The Stoxx Europe 600 index climbed about 1 per cent, rebounding from the biggest slump in two months. 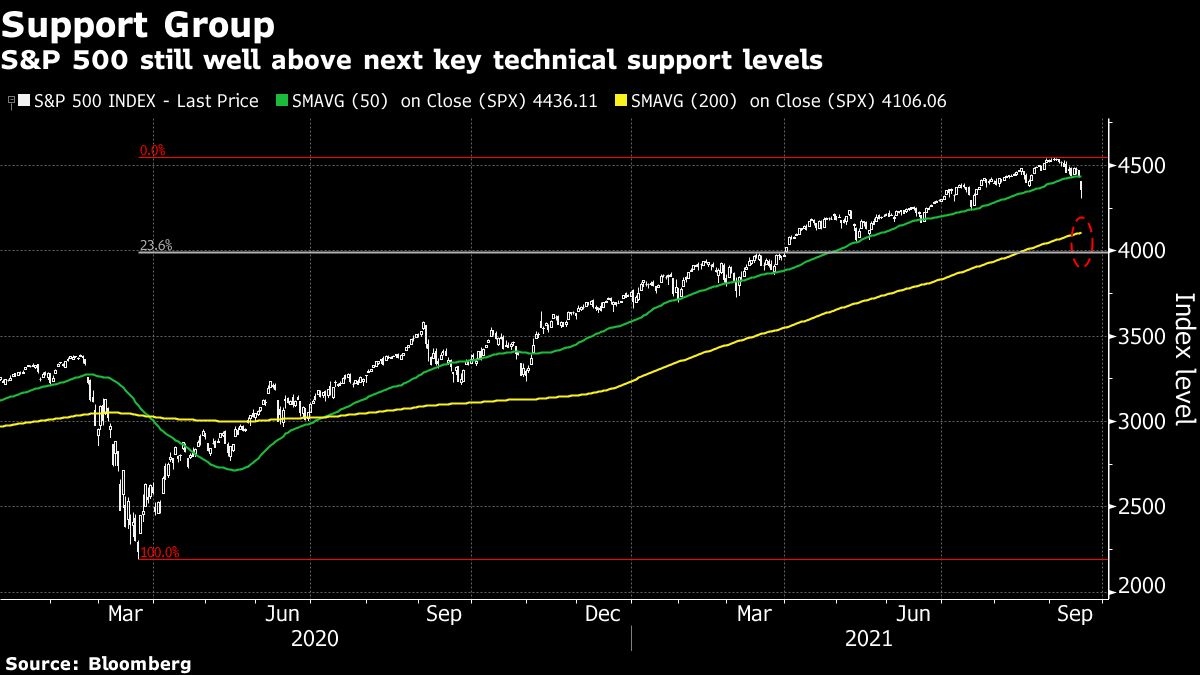 Aside from worries over Evergrande’s ability to make good on US$300 billion of liabilities, investors are also positioning for the two-day Fed meeting that started Tuesday, where policy makers are expected to start laying the groundwork for paring stimulus. Treasury yields were mostly flat and the dollar was little changed.

“We have the virus that’s kicked in again as a concern,” said John A. Carey, director of equity income at Amundi U.S. “And then there’s the situation in Washington with the still uncertain outlook for various tax and spending plans, and so it’s hard for people to know which way to go.”

A Hong Kong gauge of real-estate firms steadied, after developers disputed a report of pressure from the Chinese government. Evergrande slid deeper in equity and credit markets. Concerns remain about broader contagion after S&P Global Ratings said the developer is on the brink of default. China’s markets reopen on Wednesday after holidays.

Elsewhere, Bitcoin slid for a third day in volatile trading, tumbling as much as 7.6 per cent before trading around US$42,000. Oil finished higher after a two-day slide, while iron ore futures took a breather following Monday’s rout, though stayed below US$100 a ton on China’s steel output curbs.