If the bond yield stays soft the Fed is not really in control of inflation: Michele Schneider

US stocks wavered on Thursday as traders parsed various corporate earnings against a backdrop of aggressive interest-rate hikes by global central banks. The US yield curve remained inverted as recession fears persisted.

The S&P 500 ended the session little changed after fluctuating throughout the session. The Nasdaq 100 closed up higher for the second straight day after swinging between modest gains and losses.

While the tech-heavy index was buoyed by Amazon.com Inc. and Advanced Micro Devices Inc. later in the session, it was also dragged down by Fortinet Inc. after the firm trimmed its service-revenue forecast. Eli Lilly & Co., which dropped after missing Wall Street expectations for second-quarter revenue, weighed on the S&P 500 Index. Thin liquidity in the summer also tends to amplify market moves.

Treasury yields wobbled throughout the session, with the 10-year rate around 2.66 per cent after pushing past 2.80 per cent on Wednesday.

A flurry of economic data that released this week assuaged fears of a downturn while hinting at stabilizing growth. But the bond market, especially the persistently inverted Treasury yield curve, is flashing warnings on the economy amid a global wave of monetary tightening. All eyes will be on the US jobs report on Friday for further clues about the Federal Reserve’s path of rate hikes.

“There’s an intense tug-of-war happening in the economy and markets,” said Dan Suzuki, deputy chief investment officer at Richard Bernstein Advisors. “On one side, you have a narrative that reasonable growth is going to support continued inflation pressure and keep the Fed hiking. The other narrative is that slowing growth is going to ease inflation and allow the Fed to stop hiking.” 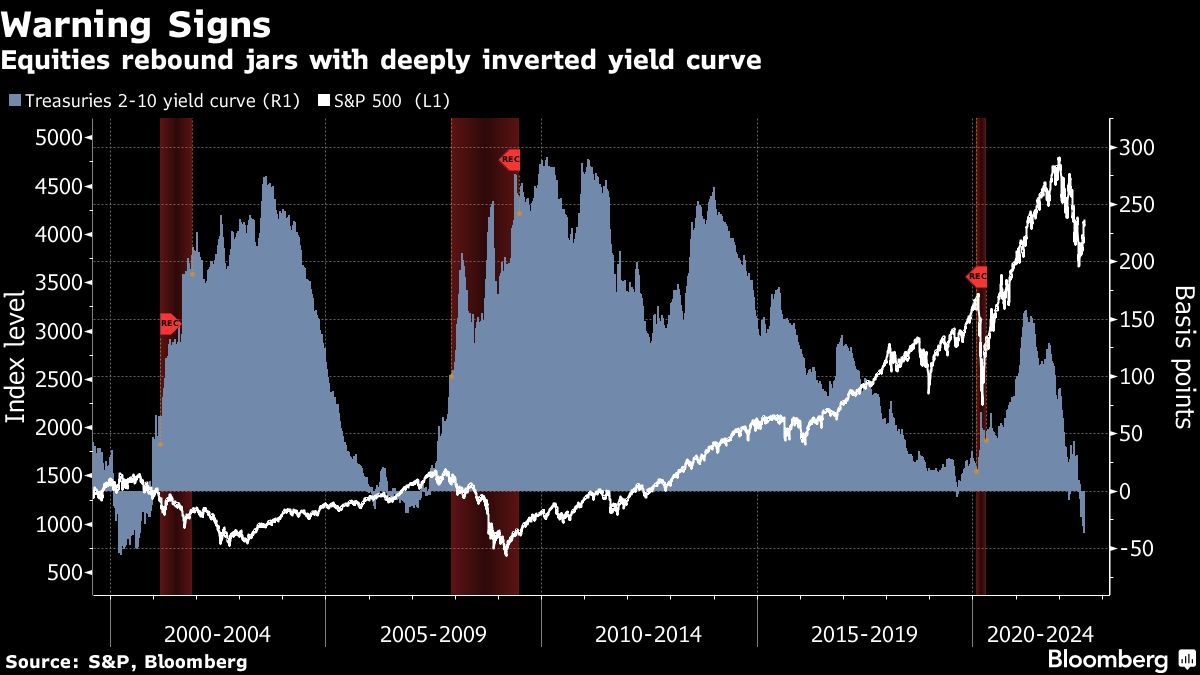 West Texas Intermediate stayed below US$90 a barrel, a level last seen in the weeks leading up to Russia’s invasion of Ukraine. Gold advanced and Bitcoin fell.